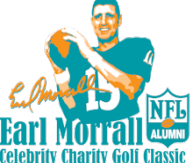 Southwest Florida ­ The Earl Morrall/NFL Alumni Celebrity Charity Golf Classic sponsored in part by Hilton Naples, Shula’s Steakhouse, Meyer Corporation and Hideout Golf Club returns to Southwest Florida for it’s 12th year, at Hideout Golf Club. It’s sure to be the best sporting event of the season!   Former NFL players will be playing golf with each foursome. The winning foursome wins the right to compete in the Super Bowl of Golf Championship against the winners from the other 32 NFL Alumni tournaments around the country.  Entries are now being accepted for this event that will benefit our local war hero, SSG Marc Scialdo’s Scholarship Fund, and the Trauma Imaging Foundation research & treatment for military veterans and NFL players that have suffered brain and neck injuries. SSG Marc Scialdo was killed in Afghanistan on March 11, 2013.  Naples and Bonita Springs residents lined the roads to pay their respects to our fallen hero. Marc’s wife, Kara, wanted to honor his memory buy providing educational grants to children and grandchildren of veterans.

On Sunday, November 3rd there will be a celebrity auction & dinner beginning at 6 p.m. at The Hilton Naples Hotel when the celebrities will be auctioned off by the grandmaster of charity auctions, Jay Severson and Mitch Morrell will act as the Master of Ceremonies for the evening. During the party, golfers will have the chance to bid on celebrities representing players from the ’72 Miami Dolphins Perfect Season as well as other NFL Alumni sports celebrities.  This event is being chaired by former Miami Dolphins and Baltimore Colts quarterback Earl Morrall, a Naples resident, who has invited the following celebrities: Hall of Famers, Coach Don Shula, Larry Little, Bob Griese, Jim Kelly, Gale Sayers, Nick Buoniconti and Dwight Stephenson. Former Dolphins Don Nottingham,

Bob Kuchenberg and many more!

Monday, November 4th kicks off with a continental breakfast beginning at 8:00 a.m., followed by the

9:00 a.m. shotgun start of the golf tournament at Hideout’s 18-hole masterful golf course and is followed by an awards luncheon provided by Shula’s Steakhouse.

Earl Morrall was named the NFL’s player of the year in 1968 after leading the Colts to the NFL championship. However, they lost 16-7 to the New York Jets in Super Bowl III. Morrall replaced Unitas again in the Baltimore’s 16-13 win over Dallas Cowboys in Super Bowl V. When Miami starter Bob Griese was hurt during the 1972 season, Morrall guided the Dolphins to 12 of their wins in an unprecedented 17-0 season and was named American Football Conference player of the year.

View the Marc Scialdo Scholarship Fund flyer by clicking below 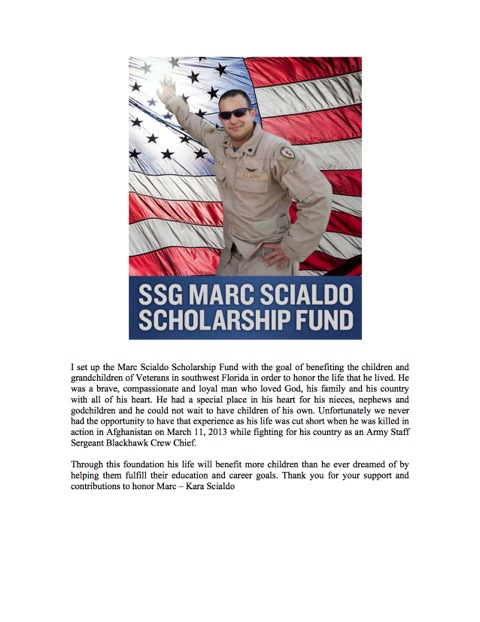