Many great institutions make up Naples.

Artis-Naples, The Conservancy, Naples Botanical Garden and even the Naples Pier come to mind.

The impact covers our economy, arts, environment, recreation, children’s health and well-being, and education at all levels. Hard to believe all those institutions, all that good work, can be traced to visionaries from a single place.

Let’s start our story with Raymond Lutgert. He bought the 740 acres for the gulf-front Park Shore subdivision for $3.5 million in the mid-1960s; the taxable value now is $5 billion. He and son Scott would go on to develop shopping centers, Mercato, The Estuary at Grey Oaks, The Northern Trust Building and more, and add corporate subsidiaries, with a third generation joining in.

Fellow Chicagoans have served on the wine fest board: Pauland Barbie Hills, Joe and Nancy Masterson, Peter and Shirley Welsh, Bob and Joan Clifford, Rick and Katrina Kash and David and Jerri Hoffman.

David Hoffman himself has earned headlines as a dominant investor in downtown Naples real estate, a variety of businesses and Hertz Arena/Florida Everblades in Estero. 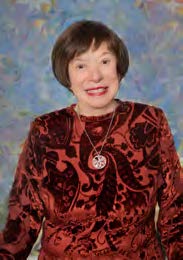 Myra Daniels, a pioneering Chicago advertising executive, introduced world-class visual and performing arts as the founding CEO of the Naples Philharmonic Center for the Arts. She taught us the arts must b erun like a business. She added an emphasis on children, bringing them in by the school busload for memorable encounters with all the center has to offer.

Children are the pulse of Daniels’ followup project, the Fran Cohen Youth Center in East Naples, where hundreds of mostly underprivileged youngsters go after school and summers for tutelage in music, painting, science, technology, math and more.

John Glen Sample, another Chicago ad executive, would come to Naples in the 1940s and start buying up two square miles of mangrove swamp and dredge-and-fill it into today’s magnificent Port Royal.

In the early 1950s, when sales began, he said it would become the greatest place in America to live. Today’s residents, including a United States House and United States Senate member, would agree.

Jack Nortman, from Chicago, single-handedly engineered the search for and restoration of a Holocaust era boxcar that has served as a fixed and traveling education icon since 2008. He also serves on the board of the Gulfshore Playhouse, where he is a financial supporter alongside fellow Chicagoans John and Carol Walter, Susan Regenstein and Barry Frank, Rick and Katrina Kash, George and Barbara Franks and Mary and Stephen Byron Smith.

Community investing is a family affair for the Smiths. In a single year, 2013, David and Vicky Smith, Jeannie and Christopher Smith, and Mary and Stephen Smith, were named Philanthropists of the Year by an organization of fundraising professionals.

A Florida Weekly story said the Smiths’ contributions included the purchase of an historic house on Broad Avenue South for the Naples Historical Society; building the Christopher B. Smith Preserve at the Conservancy; and sponsoring named features at the Naples Botanical Garden including the Children’s Garden, River of Grass and a labyrinth. 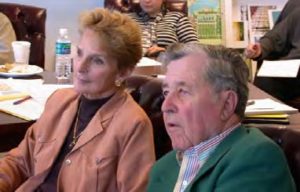 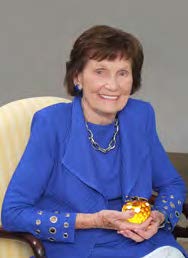 Our story concludes with another example of multi-generational impact. Lester and Dellora Norris, Chicagoans with leadership stakes in Texaco, started coming to Naples in the 1940s and helped build NCH, The Conservancy, Norris Center, Lowdermilk Park pavilion and Delnor-Wiggins State Park.

They rebuilt the Naples Pier after two storms. A daughter, also a Chicago native, Lavern Gaynor, carries on the legacy with support for the YMCA, libraries, Artis-Naples, Alliance for Children, Champions for Learning, Naples Historical Society, Youth Haven and Naples Backyard History.

Her gifts, as well as the gifts from all the others from Chicago, keep on giving.

Editor’s note: Who or what have we missed?

Email the writer atjlytle@comcast.net with information for follow-up coverage.

How to Choose Your Contractor
Scroll to top