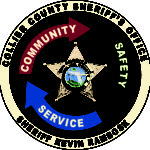 In July 2018, two men discovered the body of a deceased hiker along a remote trail in Big Cypress National Preserve. Since then, detectives with the Collier County Sheriff’s Office have been working to identify the man known only by his trail name: Mostly Harmless. 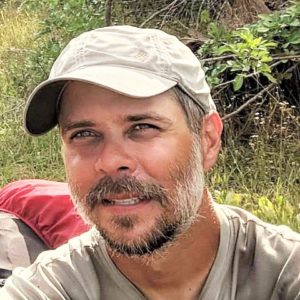 Now, as the two-year anniversary of the case approaches, detectives have partnered with a private DNA laboratory in Texas to identify the man using a new technique in forensic genealogy and handles the process in-house. The partnership comes after detectives determined that they had exhausted DNA searches through national missing person’s databases in March of this year and following national developments in DNA privacy.

“We got the results back this year and at that point, we thought ‘what’s next?’” said Holly Cherian, a crime scene lab analyst with the agency.

That’s when the agency agreed to work alongside Othram Inc., the first private DNA laboratory built specifically with the intent of assisting law enforcement using this science. CCSO reached an agreement with Othram this month to potentially discover a relative for the hiker and close the case following widespread public interest.

Launched in 2018, Othram is a relatively new lab whose goal has been to partner with law enforcement agencies to solve cold case crimes and unidentified persons cases. Unlike other commercial testing sites offered to the public for family tree tracing, Othram solicits DNA from members of the public who are also hoping to help solve criminal cases with their personal information, through its database DNASolves.com

“A lot of people are very interested in trying to help,” said Othram CEO Dr. David Mittelman. “It’s something of humanitarian value.”

Since 2018, the uncharted landscape of forensic genealogy has also become a bit clearer, paving the way for Othram to offer its services to law enforcement who were otherwise finding it difficult to work with commercial testing sites whose priority was the privacy of their customers.

The Golden State Killer case in California, made famous again after forensic genealogy led to a suspect who has since been convicted, also laid a foundation for approved methods law enforcement can use when considering forensic genealogy. As a result, members of the public submitting their DNA from places like Ancestry.com or 23andMe, can choose to opt into helping law enforcement when they upload their results to the third-party databases such as GEDMatch or DNASolves.com. 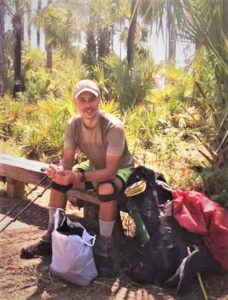 CCSO detectives first sent samples of Mostly Harmless’ DNA to the University of North Texas. Then in March of this year, after DNA was extracted and compared to national databases of missing persons, it was determined after several searches that there were no hits, meaning no one had reported Mostly Harmless missing and uploaded his information to these databases. Cherian said the next step would have been to send a sample of the hiker’s DNA to a lab in Florida for forensic genealogy testing when Othram offered to use a new technique at no charge to the agency.

Mittelman said it will take about 12 weeks to sequence Mostly Harmless’ DNA – a process much different than that done by the University of North Texas – before a genealogist will use the sequence to build out a family tree using a public database.

Mittelman said the process of mapping a family tree can take days, weeks or months to produce a possible, distant relative.

“Then, we’ll have an investigative lead at that point,” Cherian said. 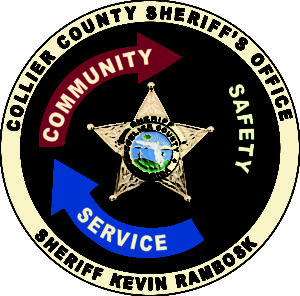 Partners in Life and Business…Alex and Marina