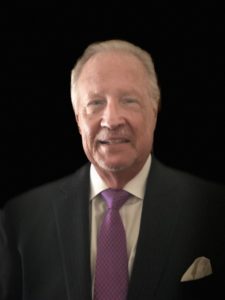 I am a Veteran having served in the 32nd Army Air Defense Command, stationed at the United States Air Force headquarters in Europe. Upon leaving the Service I embarked upon a 28 year career in radio/broadcasting. This took me throughout America in the roles of program director, operations manager, consultant and youngest TV news anchor/news director. I had the privilege of watching history be made when I produced and directed on-site coverage of the Berlin Wall for a Washington based radio group in 1989.

I have earned both a United States Coast Guard Captain License and FAA Private Pilot Certificate. These have allowed me to work, travel and explore the United States and Caribbean. My career choices have given me the abilities to think both strategically and tactically accompanied by finely honed planning, organizational and budgeting skills.

Since 1997 my family has resided in Naples, putting down roots to raise a family. With that part now behind me my attention focused on aviation and my co-piloting cats. I am involved in bringing our community’s youth into the fold to allow them the chance to discover flying through the EAA’s Young Eagles free flight opportunities and the airplane building Naples Youth Aviation Project.

Community Foundation’s message to the community

William Douglass Candidate for District 1 County Commissioner …Have you...
Scroll to top