The guest speaker at a Shelter for Abused Women & Children of Collier County luncheon had a powerful message. As a survivor of human trafficking she shed light on an emerging form of abuse.

And then there was her shoulder tattoo. It was a replica of a barcode – a symbol of being bought and sold like merchandise at a store. 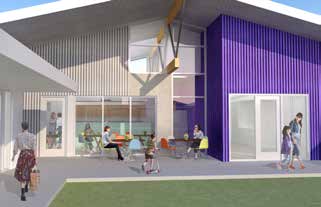 That image moved a shelter board member – coincidentally an executive of a food products company – to kickstart a branch campus in Immokalee for victims of human trafficking as well as traditional domestic violence.

Today, Shelly Stayer’s $3 million gift in 2016 has led to raising over $11 million – more than half of the target for the facility set to open in April.

“We are 100 percent excited and encouraged at the outpouring of support from this community,’’ says Stayer, only the third chairman of the global Johnsonville Sausage family business since its founding in Wisconsin in 1945. The second was her husband, Ralph F. Stayer. The first was his father, Ralph C. Stayer, who started the Naples connection when he retired. 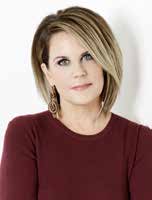 Over the years the Stayers have been generous donors and leaders of the Golisano Children’s Museum and Artis-Naples as well as the shelter, where Shelly Stayer is now a trustee emeritus. She ranks among the Community Foundation of Collier County’s Women of Distinction.

In Wisconsin and elsewhere, the Stayers have been philanthropic champions of higher education, Boys & Girls clubs, juvenile diabetes and cancer research, and addiction recovery.

“Family and family safety is extremely important to me,” she explains, “so the topic of human trafficking truly touches my heart. People think it cannot happen to them or to their loved ones. The truth is, it can – and does –happen to anyone.”

The 43rd domestic violence shelter in Florida will include a 21,000sq. ft. building on 5.6 acres. The client waiting area will be named in honor of the Women’s Foundation of Collier County, which provided a $25,000 grant. 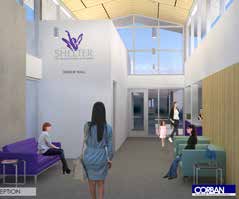 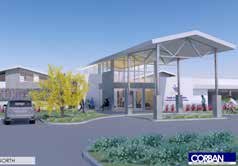 The Shelly Stayer Shelter will provide 48 spaces for domestic violence survivors and eight for human trafficking — almost doubling the Naples Shelter’s current client capacity of 60, according to the foundation.

The existing shelter, in the Naples area, says Executive Director Linda Oberhaus, is consistently operating at capacity. The need is especially great in Immokalee, with a dense population and disproportionately high rates of 911 calls.

“In our needs study for the Immokalee emergency shelter, we found the distance to safe shelter was a determining factor for many victims,’’ Oberhaus says. “Many were choosing to remain in unsafe situations rather than travel to Naples – 45 minutes from their family support systems, employment and their children’s schools.”

Oberhaus says the shelter organization has served Immokalee via a nationally recognized outreach center since 1997.

“The decision to build the shelter to address both domestic violence and human trafficking was a fiscal one – the highest and best use of land, and funding,’’ she explains.“

Victims of trafficking generally require specific long-term therapeutic care due to significant physical, emotional and mental abuse by multiple perpetrators. Their endangerment levels are higher and legal remedies different. ’’The shelter, she reports, has served 44 victims of human trafficking – mostly sex trafficking — since 2014.

“There is no other agency in Collier County better prepared to address the short and long term needs of domestic violence and human trafficking victims than The Shelter,” says Sheriff Kevin Rambosk.

“We are thrilled that this much-needed shelter will soon become a reality,” Oberhaus says. “Shelly’s generosity has allowed us to fast-track this project to save and transform many lives.”

Lytle is the retired editorial page editor and TV host at the Naples Daily News. Jeff can be reached by email at Jlytle@comcast.net

The gift of education can transform the lives of Immokalee youth

NSC BRINGS THE MAGIC OF MOTOWN TO NAPLES
Scroll to top