THE INAUGURAL Thought leadership experience is a transformative event for Naples!

Festival joins a handful of milestone events that have transformed a “sleepy fishing village” into a world-renowned paradise famed for luxury and the good life. Thought leadership is now another defining asset of Naples following the festival’s three day gathering of the country’s finest minds. 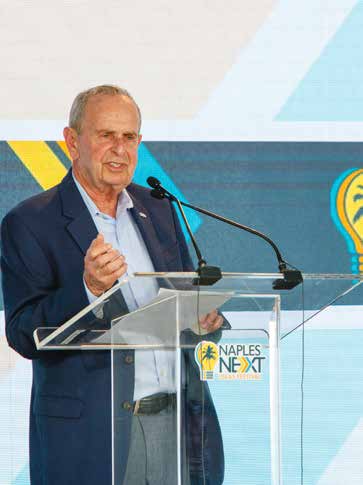 Case in point from Naples’ history: The publicity campaign to open The Ritz-Carlton, Naples in the early 1980s caused many sophisticated travel journalists to wonder why the company would open a hotel in Naples, Italy. That’s how under the radar Naples was.

The NaplesNEXT Ideas Festival is a third milestone that will come to characterize the sparkling gem that is Naples. The inaugural event, held in March 2019, drew hundreds of guests to rub shoulders with more than 50 global thinkers and influencers who took to the stage to share their expertise on hot button issues including policy, the environment, health and medicine, society, sports, philanthropy, and beyond. 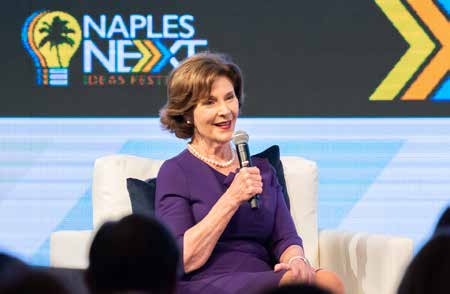 The “big fun” included a grand opening at the Naples Jet Center where sleek private jets were part of the décor, including a G450 owned by FlexJet that served as a lounge. The Center’s hangars were transformed into industrial chic venues for an array of enlightening 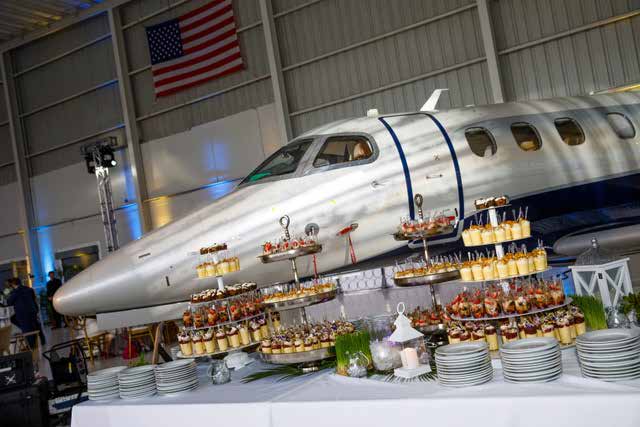 NaplesNEXT’s culinary extravaganzas were directed by the James Beard Foundation, whose annual awards are the Oscars of the food world. The Foundation paired Top Chef star and three-time award nominee Chef Gregory Gourdet with local celebrity chefs Fabrizio Aielli, Vincenzo Betulia and Asif Syed to deliver a session on food sustainability followed by festive dinner with dishes from each chef.

The luminary quality of the festival enlightened guests with wisdom and hope. A prominent Naples businessman and entrepreneur noted that the event “brought the community together at a time when the country is a little divided.”

One festival highlight especially illustrated NaplesNEXT’s impact on the community. A session on “The Future of Philanthropy” featuring David Rubenstein, one of America’s foremost philanthropists, inspired one attendee to pledge, on the spot, a million dollars to local nonprofits.

Patron ticket proceeds were earmarked for Immokalee’s Guadalupe Center through a fund that festival organizers established at the Community Foundation of Collier County.

The 2020 event will take place March 2nd and 3rd at the Naples Grande Beach Resort. A balance between serious discussion of cutting edge thought and festive experiences will continue to be a hallmark of NaplesNEXT.

For updates on 2020 event details visit NaplesNext.com, and connect on social media @naplesnext.