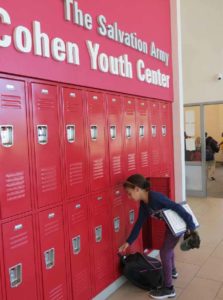 A little known and often surprising fact about Collier County is that approximately 60 percent of children in the public school system live at or below the poverty level. Though the area is widely known as an affluent community, there are pockets across Collier County that deal with difficult socioeconomic conditions and, as a result, The Salvation Army partnered with a well known local philanthropist to aid in meeting the need.

In 2012, Myra Janco Daniels hatched the idea of building a new youth center in Collier County that would be a safe, nurturing place for children to attend after-school programs. Given her extensive arts background, she envisioned a center with an arts focus and came up with an aptly named mission…a place where children could Learn, Play, Create and
Dream. Now, seven years later, Ms. Daniels and her Latchkey League, an organization created to assist The Salvation Army and other local non-profits, have seen her dream realized.

In 2017, the Fran Cohen Youth Center opened its doors after a year of construction and support from the community, the Latchkey League and a generous lead gift from Janet Cohen, whose daughter Fran is the building’s namesake. But the early days of its existence were challenging, stemming from the fallout of Hurricane Irma, which made landfall approximately six weeks later. The building then housed disaster relief efforts and, while it made a significant impact in the community as a result, the delay and staffing issues caused something of a reset in the development of programming. 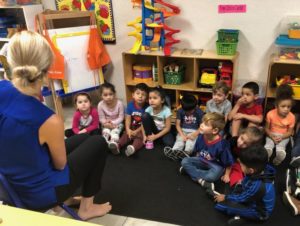 “That left us with an opportunity to step back, assess what we wanted the youth center to be, and better define what we want to accomplish based on the vision and the mission of The Salvation Army and those who helped us create and fund the center” said Martin de St. Pierre, Director of Development. Enter Hilary Shore, Fran Cohen Youth Center Director, who previously engineered a program called Full S.T.E.A.M. Ahead. In tandem with her husband, as former teachers, the program was developed with an emphasis on science, technology, engineering, arts and math, which perfectly aligned with the mission and idea for the youth center itself.

Upon arrival, the program was integrated seamlessly, taking advantage of the building’s capacity for artistic work, including a culinary room, arts and crafts room, drawing room and facilities to house a school for performing arts. Today, 150 children attend after school programs coming from ten different schools.

“The way she has restructured our program,” said de St. Pierre. “The units that she has put together; the way that kids cycle through them, it’s just been amazing. And to know now that what we’re doing in there completely integrates with the original purpose of the center, it’s fantastic.”

Captains Ben and Annie Bridges, commanding officers, have embraced the youth center with an eye toward growing the 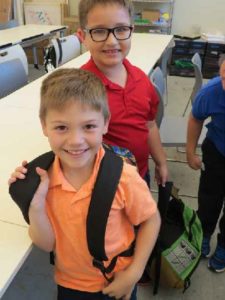 Salvation Army’s work in the community and making a tangible impact. With the ability to track outcomes and monitor the progression of the youth involved, there are additional possibilities for growth, but the work being done in the center is already paying  dividends.

About The Salvation Army –

The Salvation Army, established in London in 1865, has been supporting those in need without discrimination for more than 135 years in the U.S. More than 23 million Americans receive assistance from The Salvation Army each year through a range of social services: food for the hungry, relief for disaster victims, assistance for the disabled, outreach to the elderly and ill, clothing and shelter to the homeless and opportunities for underprivileged children. For every dollar donated to The Salvation Army, 82 cents is used to support those services in 5,000 communities nationwide. The Salvation Army tracks the level of need across the country with the Human Needs Index (HumanNeedsIndex.org).

A New Weapon to Fight the Bite: Drones