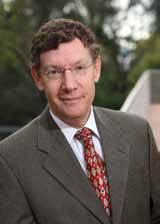 The human need for touch, attachment, belonging and social proximity has long been known.

Touch is the “mother of all senses” and develops in utero. Our skin is the largest of the human sense organs. The skin is the only organ related to the five senses (sight, hearing, taste, smell and touch) and is essential for human survival.

Evolutionary survival, reproductive success, mental health and general well-being for everyone depend on being interconnected. Touch makes these important connections and is paramount among all the senses.

Touch is one of the most essential elements of human development and a profound method of communication. Holding hands is more than a romantic ideal for young lovers. Platonic touch on meeting a friend – shaking hands, an appropriate embrace or an “air” kiss – all connect us quickly while establishing trust.

Critical for early development in humans, and most other species, is touch. Newborns immediately attached to their moms start a bonding practice that increases the propensity to breastfeed. Newborn brain development and recognition of self are both dependent on touch.

Inversely, lack of touch occurring in orphanages on other continents in the past has been associated with higher risk for social, behavioral, and emotional problems in later life. Skin-to-skin contact seems to calm babies, helping them sleep better and cry less.

Oxytocin, known as the “bonding hormone,” is associated with relaxation, generosity and nurturing. Oxytocin is noted to be the “tend and befriend” substance, as moms care for children and develop relationships that aid in survival.

Adrenalin, on the other hand, is a hormone with the opposite effect causing the “fight or flight” response. Soothing human touch increases oxytocin blood levels, while lowering adrenalin levels. Slow platonic touch in a comforting environment aids development, education and wellbeing. Healthy touch helps everyone feel good.

Touch is the first sense to develop that helps babies connect. Thereafter, in sync babies develop other methods of communication and connection. Just think how a parent smiles at a baby and the baby smiles back. When we laugh, a connected baby also laughs.

Eye contact operates similarly when a baby is old enough to see well. Exaggerated gestures connect to the point that an attached baby knows how to get the parent to smile by cooing and smiling. Similarly, crying and carrying on signal hunger or an uncomfortable diaper, resulting in a response from an attentive parent.

The vast scientific data and knowledge on the importance of touch for human development, communication, and healing are well known. Our nation’s current modern culture has specific social limitations and taboos that have been abused and violated, creating cautions and causing disconnection and physical distancing.

Getting back to normal with responsible, sensitive, appropriate and constructive interaction physically, emotionally, mentally and culturally will be good for all.

Vetting the subject of healthy physical touch should help us heal the current concerns. America is generally a low-touch culture compared to many Latin American and southern European cultures. Americans generally stand further apart when conversing compared to others.

Similarly, Americans touch and kiss less in public, probably due to our northern European origins. Persons of a higher “class” can touch persons of a lower class, but vice versa is not politically correct.

Other anachronistic prohibitions persist among different ethnic and gender groups. Male-male bonding is sometimes confused with homophobic responses. In other eras, male-male bonding and friendships were common and beneficial for all concerned.

We are improving and have an opportunity to progress. Unfortunately, according to the former chairman of the psychology department of Seattle Pacific University, “social-cultural trends in America have focused for decades on reducing touch.

“On the negative side, psychologists report on affection deprivation, a condition of wanting more tactile, affectionate communication than one receives. Men typically are more isolated than women. Affection deprivation, associated with loneliness, depression, stress, anxiety and mood disorders, can spill over to physical ailments. Interestingly, research showed that the degree of physical affection between mother and child –touching, holding, carrying– can predict the propensity toward violence in a culture.

The less affection between mothers and infants in a culture, the more violence is seen in adulthood, according to James Prescott’s 1976 study from the National Institute of Health.

A recent article in the New York Times entitled “The Power of Touch, Especially for Men” relates a son’s visit to his dying father in a nursing home. Even though many middle-aged American men share the discomfort of reaching for another man’s hand, nonsexual touching contributes to greater well-being. Touch has a more immediate impact than words because it is physical and leads to a chain of bioelectrical and chemical changes that basically relax the nervous system.

Stress, a major challenge in today’s society, can be reduced by platonic touch. Women employ a tend-and-befriend approach that invites confidence and cooperation with others, whereas men grow stoic and withdrawn.

This desire is not sexual, but rather, reflects a need to beheld or touched. Massage therapy maybe one socially acceptable activity satisfying these cravings.

Professionals called Cuddlists from a group called “The Cuddle Party” now provide a blend of talk therapy, yoga and improvised bodywork, as well as massage.

Finally, couples report gender differences in relationships over time, meaning that cuddling and caressing are important ingredients for long-term relationship satisfaction. Kinsey reported a study of more than 1,000 couples in five nations showing unsurprisingly that kissing and cuddling predicted happiness.

Middle age couples had different expectations, desiring to be more couple-centered than individual-centered.

Socializing together, kissing platonically, hugging children, creating trust, and getting along are all good goals as we live in an increasingly stressful world.

So, go out and hug a friend. You will both be better off for the contact.

WHY KITCHENS BY CLAY?