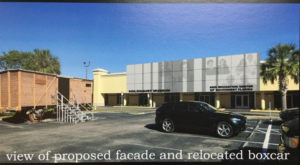 Naples, Florida, — The Holocaust Museum & Education Center of Southwest Florida has received a pledge of $1 million from Janet Guttman Cohen towards its $3.5 million Capital Campaign for the purchase and renovation of a new building on U.S. 41 in Naples. In recognition of this gift, the Museum will name its new building in honor of Janet G. and the late Harvey D. Cohen.

“The lessons of the Holocaust must never be forgotten,” stated Mrs. Cohen.

“Mrs. Cohen’s contribution is a momentous gift for the Museum,” explained Executive Director Susan Suarez, of the Holocaust Museum & Education Center. “This is the largest gift we have ever received. It puts the Museum on strong financial footing for our future in our new home.” The Museum has received more than $2 million towards its $3.5 million goal. “The generous response from our Donors and Board Members has been overwhelming. I am thrilled that we are so far along with our Campaign in a short period of time. Janet Cohen and others are helping to make our Museum a very special place for the community to come together against bigotry, hatred and violence, Suarez said. 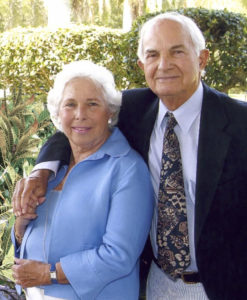 Janet and the late Harvey Cohen

The Museum will use its outstanding collection of artifacts and present them in refreshed, professionally designed displays. The location on U.S. 41 at Imperial Golf Boulevard has plenty of parking and 6,000 square feet for the Exhibits, a Classroom, Library and offices. It anticipates opening to students and the public in late 2018.

Founded in 2001, the Holocaust Museum has a unique beginning as a 7th grade classroom project about the Holocaust at Golden Gate Middle School. Today, the Holocaust Museum & Education Center has established itself in the community as a source of high quality education about the importance of respect and the dangers of indifference, reaching more than 15,000 students each year with these important lessons of the Holocaust. The Museum was also recognized in 2017 as the Best Museum in Collier County, according to the readers of Gulfshore Life Magazine.

GETTING THE MOST ENERGY For your Excercise