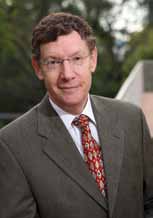 Society is being transformed on a spectacular scale. Technology accelerates everything. Machine learning is our next revolution much the same way that the steam engine, electricity, and the internal combustion engine have already changed society.

Machines that sense, reason, and act can accelerate solutions to large-scale problems and push science, finance, medicine, and education further, faster. Artificial intelligence (AI) is at the heart of much of today’s technical innovation. Now is the time to learn about AI and make it work for you.

“I think we have the opportunity to make huge in roads into helping to cure diseases, drug delivery that doesn’t cause side effects, cars that are autonomous. We’re just really at the very beginning of this whole journey,” states Nigel Toon, CEO of Graphcore, about AI and machine learning.

AI is most likely already embedded on your person. Your handheld device is enabled with voice recognition so you can ask Siri, Alexa, or Google Assistant for help at any time. Voice recognition has been functional since the late 1990s.

In my medical office from 1998 to 2000, I dictated all the medical records using IBM’s Via Voice. The computer “learned” the nuances of one’s voice after reading aloud a story for twenty minutes. Even back then, the computer accommodated for accents, understood homonyms, suggested punctuation, and was even pretty accomplished at grammar.

Now voice recognition can be found in your car or employed for answering phone calls for customer service. NCH’s automated main number asks callers “Who would you like to reach?” as the opening question, successfully routing the vast majority of calls. Of course, a back-up operator is always available, but we now have been able to shift colleagues to other patient-focused roles.

Speech recognition is about three times as fast as typing on a cell phone. Nurses are exploring better ways to asynchronously communicate with each other and physicians using voice recognition texting. Freeing up their hands and themselves to physically care for a patient while simultaneously sending a text message is not science fiction.

We have the technology with an error rate of less than five percent, which is much lower than with previous software. The error rate drops even more when routine repetitive phrases, thoughts, and words are used because the voice recognition learns every time a correction is made.

Image recognition is also probably functioning in your pocket or purse. If you take pictures with your handheld device or follow Facebook, you may discover that the images have been organized for you, first prompting you to confirm names and then bringing families together or aggregating work associates.Self-driving cars use vision systems with cameras that recordabout thirty frames per second. Currently, the image accuracy in identification is only one error per thirty million frames, improved from one in thirty frames just a few years ago.

“Human error causes 94 percent of all motor vehicle crashes, due to mistakes like speeding, fatigue and drunk or distracted driving. By removing humans from the driving process, self-driving vehicles offer an opportunity to significantly reduce the number of our loved ones killed and injured in crashes each year,” according to David Strickland, former head of the National Highway Traffic Safety Administration.

Another major area of improvement is in cognition and problem solving. Machines routinely beat the finest human players at poker and Go. The classic story of man versus machine is chess Grand Master Gary Kasparov versus IBM’s Deep Blue. The first match in 1996 was narrowly won by Kasparov, subsequently followed in 1997 by Deep Blue’s comeback win.

Deep Blue was capable of analyzing 200 hundred million positions per second during the second match. No human has been able to beat an optimized programmed computer. Of course, settings exist for the computer to “back off,” giving the human opponent a fifty/fifty chance of winning, thus bringing back some joy to playing chess. After all, who wants to lose all the time?

Allegedly, years later when Kasparov was asked what he would bring if he had a rematch, he responded, “a hammer.”

Certainly, IBM and others interested in AI were not building complex machines and programs to play games but rather to use “lessons learned” on real life problems. Locally, NCH employs computer technology to recognize sepsis early, thus saving lives.

Pattern recognition, vigilance, and digital data are three important components already incorporated into NCH’s computerized medical record system.When the computer recognizes a patient having a characteristic pattern of vital sign changes including rising temperature and pulse along with dropping blood pressure and urine output, a warning is issued to the physicians and nurses caring for the patient. This “head’s up” happens about twelve hours before full blown sepsis, so therapy with antibiotics, fluids, and other support treatments can be initiated. The prognosis changes dramatically for the better.

NCH’s mortality for patients with sepsis has dropped from over 30 percent to consistently single digits due to a quality improvement project started in 2013, placing us in the top 10 percent of the nation’s hospitals. Recently, we had our best month ever with the lowest mortality at 2.27 percent for sepsis patients.

Unfortunately, sepsis remains the leading cause of death in hospitals, even though about 80 percent of the time sepsis starts outside the hospital.

Our emergency room is also under surveillance, so recognition and treatment can start quickly. We still depend on the public to be alert to changes in mental status, unexplained fevers, shortness of breath, extreme pain, and a high heart rate.

Machine learning is a relatively new application derived from AI. All around us, particularly on the internet, we are experiencing AI and machine learning. Shopping histories predict future purchasing behavior. Car locations and speed(that indicate traffic flow) predict better alternative routes. Suspicious store transactions assist in fraud detection. Facile language translation assists in communication. These are just some current, common examples with many more to follow.

Machine learning, digital information, and AI will be accepted parts of life for the younger generations—digital natives—who have grown up in the computer age. Digital immigrants will learn to relax as they realize that, according to Intel Chairman Andy Grove’s classic comment, they “have lost their privacy, [and must] get over it.”

Welcome to the machine age.

Art as a Gift – Ask the Artsperts