Blog - Latest News
You are here: Home1 / Columnists2 / FROM THE HOLY SEE TO THE EVERGLADES: THE LEGACY OF LOVE CONTINUES

Whether you are a Naples seasonal or permanent resident or resort guest, this once upon a time “little bend in the road,” captured your imagination and heart- just as it did Captains of Industry and captains of boats long ago. Naples’ original resort was the land itself where nomads Roger Gordon and Joe Wiggin set up camps in their namesake areas for trade with those traveling from Tampa to Key West until the famous Naples Hotel came along in 1888.

For some, it was hard to imagine what drew anyone to this one traffic light town, yet its unique mystique began to define Southwest Florida’s sophisticated new resort lifestyle. By June 1959, Florida Trend magazine did some investigative research and called the “nothing-to-do town” of Naples the favorite place of industrialists to recharge their psychic batteries noting for “every alligator pushed out, there was a millionaire to move in.” These corporate and philanthropic giants, who fell in love with the Naples charm and simplicity, had a nonchalant attitude about attracting industry here.

Their attitude shifted a bit when a Miami firm expressed an interest to establish an industrial plant at the airport (way over in the eastern area called Airport Road). But when the role of this plant was slated to test aircraft engines, their interest quickly shifted into horror.

The last thing they wanted in their home away from home was a life like they had up north. 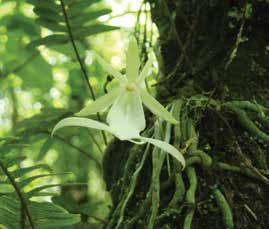 A Forbes article that same year reported that Naples had more millionaires per capita than any other place in the country, but some thought that figure was too low. Who else could afford to pay cash for homes costing $25,000 and up in 1959? The article also questioned whether this remote, get-away-from-it-all town could be transformed into a mass-marketed resort town. Well I think we can put that question to bed.

Life is a balancing act and no place knows this better than our precious Everglades-an integral pat of life in Naples. Many people (millionaires and W-2ers) on both the east and west coast of Florida have given their time, talent and treasure to protect our quality of life. Guy Morrell Bradley (1870 –1905), one of the country’s first game wardens, was tasked with protecting the Everglades wading birds from plumb hunters.

His much-publicized death served as inspiration for future legislation to protect Florida’s bird populations. Ernest “Tom” Coe (1866 –1951), a New Haven landscaper who cultivated exotic plants for Connecticut’s residents, moved to South Florida in 1925 and later launched the Tropical Everglades National Park Association to lobby for a national park. Marjory Stoneman Douglas (1890 –1998), a Miami Herald journalist, joined Coe in his plight to save the Everglades. Her book, The Everglades: River of Grass (1947), redefined the popular conception of the Everglades as a source of free flowing fresh water essential to both the people and wildlife of the region to the people and cultures of South Florida. 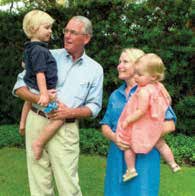 In 1945, Lester and Dellora Norris purchased the Keewaydin Club on Key Island, launching their legacy of love for nature and ultimately in 1964 The Collier County Conservancy. They also quietly purchased logging property in 1957, which was the start of the Fakahatchee Strand State Preserve, and loaned Florida the money to purchase the land we now call Delnor- Wiggins Pass State Park.

So how is Lawrence Francis Rooney III, former United States Ambassador to the Holy See (2005- 2008), connected to the aforementioned protectors of our ecosystems? Our newest Congressman, whose family’s legacy for honesty and work ethics, dates back to pre-Oklahoma statehood, shares Bradley, Coe and Douglas’ love of the Everglades and its connection to our most precious resource (next to our children), water. His Naples home literally sits on land that was dredged from Key Island – land owned by Lester and Dellora Norris.

Now Southwest Floridians are looking for his guiding hand, to ensure that the Federal government does its part to finally make the Everglades restoration a reality and to keep the legacy of love alive for generations to come.

Oakstone at Moorings Park at Grey Oaks
Scroll to top