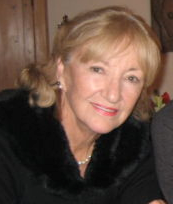 A bullet pierces the front door of the Gaillet home in France, then a  menacing voice shouts, “You must leave your home within 24 hours .” This dramatic event is part of the beginning of  the cruel and destructive takeover of France by the Nazis.  The Catholic Gaillet family of six children not only left their home, but they endured four years of hunger, hardship, and near death while evading the brutal Germans. Their father, who had fought the Germans during WWI, was terrified that his family would be subjected to German atrocities.

This story of four harrowing years when the six siblings were separated from their parents, could seem like a plot of a novel.  Hélène Gaillet de Neergard, who was only four at the beginning of their odyssey, wrote a memoir of her childhood.  Her father had presented his children a lengthy account of these war years.  The result is I Was a Child Bride, an exceptional memoir, which has resulted in extensive recognition.

In fact, on February 21st at the Naples Hilton, the Temple Shalom Sisterhood is presenting an event, featuring Hélène Gaillet de Neergard, “C’est La Vie—An Afternoon in France.”  Hélène will speak about her childhood spent trying to evade the Nazis and reminisce about her colorful adult life.

The highpoint of her professional life was that of a freelance photographer in New York as well as Paris, where she advertised her 1975 one-woman show ina poster revealing her nude self-portrait. Five hundred posters were stolen, creating extensive publicity and notoriety. This self-portrait is in the Museum of Modern Art, MOMA, and Musee Pompidou

Hélène captured the rhythms of nighttime New York  with photographs of jazz great Miles Davis, Lena Horne, Artie Shaw, and Cab Calloway.  For ten years Helene  lived a life among New York’s rich and famous, and has captured their personas with her keen eye. She photographed many notable people such as Governor Carey, David Frost and Mohammad Ali. Helene counted Jacqueline Kennedy and Aristotle Onassis among her friends. And Helene’s name is found in such biographies as Ari: The Life and Times of Aristotle Onassis by Evans, A Woman Named Jackie, by C. David Heymann, and The Last Tycoons: The Secret History of Lazard Freres  by William Cohan.

Hélène is a world class water sailor, which led to her writing career with the book The Boat Book:  A Guide and Reference Book for All Boaters. It has been invaluable to fellow sailors.  In 2014 her book I Was a War Child was published. This unique memoir has been well received, especially with book groups. It has also led to Helene’s participation in the Holocaust Museum and Education Center, the Jewish Book and the Women’s Cultural Alliance,

Hèlène is a fascinating and popular speaker. She will recount memories of her colorful, exciting life on Tuesday, February 21, 2017, at 11 AM. C’est La Vie—An Afternoon in France is a benefit for the Temple Shalom’s youth projects. The luncheon features French cuisine.  Harpist Laura Lou Roth will perform French favorites, and an informal fashion show called “A Stroll Down the Champs Elyse s” will be presented by Evelyn & Arthur. The cost is $75 ticket, $150 patron, and $300 for sponsors. For information call 239-455-2423 or send an email to Templesisterhoodevents@gmail.com. The community is invited to meet an extraordinary woman, who has led a remarkable life. 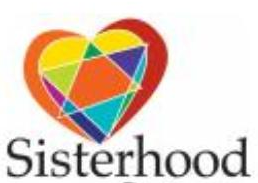 The evolution of communication

Life’s a Beach! And now there’s a book!
Scroll to top