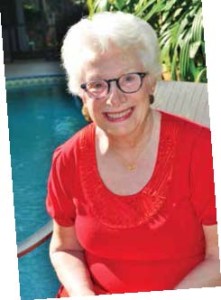 Author Joan J. Curley had two desires: to travel and to write. Her writing was put on hold while her attention was given to her life career as an educator, elementary teacher, school counselor K-12,
and school principal. However, the travel continued.

She circumnavigated the world twice. Joan lived in England and she and her husband, Neil, lived and worked in Massachusetts, Bermuda, Guam, Germany, and Egypt.

Joan was born in Massachusetts and earned a Bachelor’s degree from Newton College of the Sacred Heart, a Master’s degree from Boston University and completed numerous post-graduate courses on Administrations, Counseling, and Educational Law at Salem State College, Tufts University and the University of Guam. She also studied at Julius Maximilian University of Wurzburg, Germany. After retiring from her educational career of thirty-nine years, Joan decided to turn her attention to writing. She wanted to share her life and career experiences in stories for children.

Joan believes that a children’s book with a story could be a stimulus for parents and teachers to encourage children to improve their writing skills. This would help children to be more successful in their school studies. 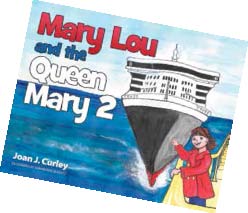 Joan has published eight other children’s books. Each book is based on what she has observed in places where she has lived and worked. An avid traveler, she hopes her stories encourage children to explore new interests and learn new information that is available to all in our technological society.

Joan has received numerous awards including: Woman of the Year Award from the Business and Professional Women’s Club of Massachusetts; a commission from the governor of Guam to become a member of the Ancient Order of the Chamorri (a distinguished award for service to the people of Guam); and Minister of Education recognition for educational service in Bermuda.

Tanika and the Kiskadee
(Bermuda)

All Boats Have Pretzels
(Martha’s Vineyard)

Hi, My Name is Keiko
(Japan)