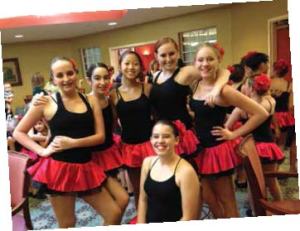 At Dance Arts by Maria, preparing for a holiday performance requires a lot of organization, a lot of patience and a whole lot of heart.

“We have done these appearances in the past and we are waiting to hear final dates and confirmation on them, but the students are excited to perform this year again at a variety of places,” says Maria Ellis, founder and teacher. “We do several performances for the holidays and the students began practicing a few weeks ago for their Christmas numbers – we have 45 kids on the team who do the performances and they range from ages 6 to 16.”

Dance Arts by Maria dances all of the performances this time of year to holiday themed music. Some of the songs include “Let It Snow,” “Rockin’ Around the Christmas Tree,” “Holly Jolly Christmas” and “Frosty the Snowman” .

“We perform at nursing homes and smaller venues for people who can’t get out to see the shows and the older people just love it,” says Ellis. “It’s a lot of energy and fun because it’s a big group of kids, but for the smaller venues we can bring a smaller group.”

The style of dance includes a lot of jazz and lyrical, some ballet along with jazz funk and contemporary. 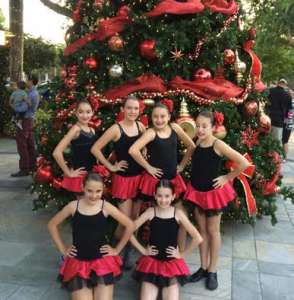 Most of the students have seen the Nutcracker and because there are two Nutcrackers in town, the students do not perform any of those routines. Instead, they try to perform something different for the people.

“Performing gives the students the experience of a live audience and these performances are so different because you can see your audience – you get more confident because the audience is staring right at you without the lights in your eyes like you have on stage,” says Ellis. “The students have less problems as they get older and less stage fright because they’ve had that experience up close with the audience.”

When Maria first began with the team, even being a teacher she saw how different it is for a scheduled recital or show when dancers can’t see the audience, but then getting in front of an up close audience, dancers can see their faces.

“It’s a challenge for them because people are walking around and often times eating which makes the dancers more focused,” she says. 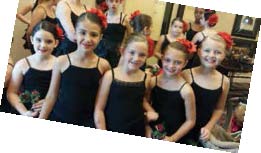 Dance Arts by Maria is currently scheduling their holiday season. Some of the confirmed events include a performance on Fifth Avenue for the Downtown walk in early December, possible performances at Mercato, Waterside Shops, Village on Venetian Bay and Coconut Point among others.

The team will also be at Downtown Disney on Saturday, November 8, performing at the Waterside Stage and last month they were involved with Boo at the Zoo and the Fifth Avenue Halloween evening.

For more information or to register your child for classes, stop by Dance Arts by Maria, 5610 Yahl Street in Naples, call 239.513.6999 or visit www.naplesdancearts.com.

An Exciting Season for Naples Art AssociationOh Say Can You Sea?
Scroll to top