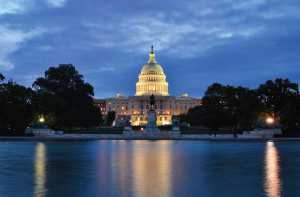 When I was sworn into Congress on June 25, I pledged to faithfully defend the Constitution – and to serve my God, my constituents, and the nation I love – to the best of my ability.

I decided to pursue this role because I’m concerned about the direction of our great nation, especially the growing disregard for the US Constitution. Additionally, I want to help restore American prosperity and jobs by ending policies that damage US competitiveness. I’m distressed about foreign policy failures and America’s diminishing role as the leader of the free world. And I’m committed to the preservation of Southwest Florida’s beaches and water resources.

In working these issues, I’m blessed and surrounded by an outstanding team – in DC and in the District. Soon after taking my oath, I was appointed to the House Homeland Security Committee and the House Foreign Affairs Committee.

On Homeland Security, we’ve been busy dealing with the humanitarian and national security crises on our southern border. 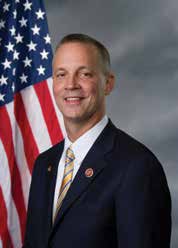 On Foreign Affairs, we’ve been engaged with the issues you’re reading about every day – Russia’s aggression in Ukraine, nuclear negotiations with Iran, Israel’s defense of its Homeland, and militant Islamism, genocide, and barbarian atrocities in Africa and the Middle East.

We’ve voted on many important bills during my first few months in Congress, always standing firm in our beliefs and remaining faithful to the promises made during my campaign.

I’ll never “go along just to get along.” Nor will I ever bow to special interests or political insiders.

At times this meant voting against GOP leadership.

We voted “no” on a Continuing Resolution (CR) to extend the current budget. We must stop kicking the can down the road – piling debt onto future generations. We need to make difficult decisions now about spending – and cut taxes and regulations to stimulate business growth.

Our “no” vote was also prompted by the inappropriate inclusion of the Ex-Im Bank and Internet tax issues within the CR. These need to be debated on their own merits.

For several reasons, we voted “no” to the President’s funding request to train and arm untested, non-traditional and difficult to vet Syrian rebels as the combat force against ISIS. We must stop reacting separately to individual threats in this generational struggle against militant Islamism. We must stop providing weapons to uncertain allies – weapons that might someday be turned against Americans or against our ally Israel. We need a long-term strategy to not only eliminate ISIS, but to end this scourge of militant Islamism – worldwide.

We need specific long-term commitments and resolve from a coalition of allies – for combat forces, military equipment, and funding. Arab and Muslim nations must step up. The US must no longer accept a disproportionate share of the responsibility and costs. And Congress must provide authorization for any new war effort.

We also resisted legislation addressing President Obama’s request for $3.7B in funding for the crisis on our southern border. We stood firm with other members of the House to include containment of the President’s DACA executive order – Deferred Action for Childhood Arrivals – the root cause of the crisis. I’m proud that the bills we ultimately passed on to the Senate focus on securing the border and de-funding DACA – with zero increase in the budget.

We also voted “no” on extending the Highway Trust Fund – because it relied on accounting gimmicks to make the numbers work.

My team and I are proud of our accomplishments to date. We’ve voted over 150 times; signed or co-signed 28 Congressional letters and resolutions; and co-sponsored 20 pieces of important legislation.

We’ve sponsored two bills for constituents; and met with dozens of citizens, elected officials, and leaders of various groups. I’ve made my first two formal speeches from the Floor of the House – the first in support of Israel’s right to self-defense; and the second offering recommendations for a long-term strategy in the global struggle against militant Islamism.

I’m especially proud that my team has responded to over 3,000 pieces of correspondence and processed over 150 constituent cases in the District. Constituent service is our most important responsibility.

As we move ahead, please contact my office at clawson.house.gov if we can be of service to you. And please keep us in your thoughts and prayers – as we work to serve you to the best of our abilities.

Fire and Ice Signature FundraiserImagine the Possibilities
Scroll to top