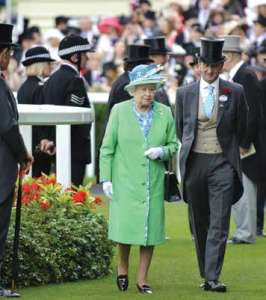 INVITATION TO THE ROYAL ASCOT

An around-the-world tour in a private jet, rare collections of some of the world’s most sought-after wine, and a chance to meet the Queen of England are among the highly anticipated items to be auctioned off at the Naples Winter Wine Festival, taking place January 23-25, 2015 at The Ritz-Carlton Golf Resort in Naples, Florida.

These auction items bring in tens of millions of dollars each year to support the Festival’s founding organization, the Naples Children & Education Foundation, which gives out annual grants that have provided nearly 200,000 children with the services and resources they need to excel. To date, the Festival has raised over $123 million for children in need.

The incredible travel experiences available at the 2015 auction include a 10 day trip through Florence, Venice and Istanbul based on Dan Brown’s “Inferno”; a tour of Gettysburg with legendary filmmaker Ken Burns; a journey on a private jet for the ultimate challenge: five rounds of golf in five separate time zones at top notch courses across North America in a single day; and more.

Many of the participating vintners will contribute to an exceptional collection of large and unique bottles for the Festival’s centerpiece wine auction lot. Bidders will also have the chance to win an ultimate “Krug Experience” with a collection of Krug’s most notable bottles and a private, multi-day visit to the champagne house’s French estate. 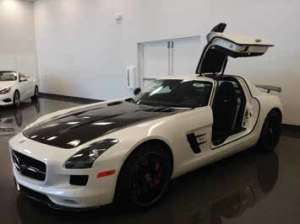 OTHER SPECTACULAR AUCTION ITEMS INCLUDE:

In addition to the electrifying live auction, guests will taste some of the most sought-after and collectable wines in the world, crafted by industry giants including Deborah & Bill Harlan of Promontory in Oakville, California; Ann Colgin & Joe Wender of Colgin Cellars in St. Helena, California; and Paul Pontallier of Château Margaux in Margaux, France. In all, these talented vintners come from three dozen wineries in 15 global wine producing regions, seven countries, and four continents. 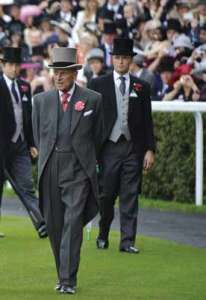 This year’s Honored Vintner is wine legend Marchese Piero Antinori, one of the most historic and prestigious names in Italian winemaking. Marchese Antinori, which dates back to the 14th century and now boasts 27 generations of wine producers, is famous for three of the world’s most iconic wines: Tignanello, Solaia, and Guado al Tasso.

Regarded as a pioneer and innovator, Marchese Piero Antinori has almost single-handedly changed the way wine is produced in Italy, having been credited with propelling the Super Tuscan wines to the forefront of Italian winemaking. 2015 will mark his fifth appearance at the Naples Winter Wine Festival.

Celebrated chef Barbara Lynch is returning for her fourth year, this time as the honored Chef de Cuisine. Chef Lynch is the CEO of Barbara Lynch Gruppo, comprised of many of Boston’s best restaurants and culinary experiences, including No. 9 Park, B&G Oysters, and fine dining experience Menton, Boston’s only AAA Five-Diamond, Forbes
Five-Star, and Relais & Châteaux property. Recently named “Outstanding Restaurateur” by the James Beard Foundation in 2014, Lynch is a fourtime James Beard Award winner and is the only female in the country to hold the distinguished title of “Grand Chef” Relais & Châteaux.

Lynch will be joined by 17 all-star chefs from some of the United States’ most celebrated restaurants in 11 different cities with a collective 23 James Beard awards. These talented chefs include: 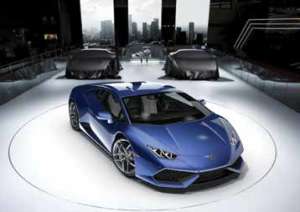 But that’s not all. This year, two inaugural events have been added to the Festival lineup. The day before it all begins, on January 22, the world’s top Champagne producer, Olivier Krug, will be joined by noted wine critic Antonio Galloni for a very special tasting and seminar with five prestige cuvee’s of the incomparable and iconic Krug champagnes. Following the tasting and seminar, guests will indulge in a multi-course lunch at Bleu Provence, a premiere French restaurant in Naples.

The Festival will also launch an inaugural online auction with exceptional wines and other exclusive items. Bidding opens on January 12 and closes during the Wine Down event on Saturday, January 24 at 8 p.m. To view items available during the online auction, please visit http://www.napleswinefestival.com.

Ticket packages to this exclusive event are available and start at $8,500 per couple for Festival tickets, with a $20,000 package that includes reserved seating for a party of four at the same vintner dinner and under the tent. For more information about the Naples Winter Wine Festival, please visit http://www.napleswinefestival.com or call 888.837.4919.