A legacy is defined as a gift left to someone or anything handed down from the past. While many may see legacy as related to wills and trusts, let’s see legacy as what gives our life, and those connected to us, meaning. Make no mistake, a nice financial inheritance appropriately planned to ensure the intended recipients benefit more than a spend happy Congress, make life oh so nice; but what if that gift of blood, sweat and tears was accompanied by lesson of ‘conscious caring‘ and the wisdom found therein. Perhaps then this would be our greatest legacy: to help our loved ones live life on purpose filled with meaning. This is one of those times where do as I say – not as I do – is acceptable.

Often the idea of legacy conjures up thoughts of the final stage of life where we transition from life to whence we came. Even here I find it hard to write the word ‘death’; yet being reminded of death is actually a good thing, because it gives us a perspective on what’s important.

Stephen Covey, author of the 1990  best selling book, The 7 Habits of Highly Effective People, said, “There are certain things that are fundamental to human fulfillment. The essence of these needs is captured in the phrase ‘to live, to love, to learn, to leave a legacy’.”

Our physical need for food, clothing, and shelter is followed by our social need to love, belong, and be loved. Our mental need to develop and grow, once satisfied, shifts to the need for a legacy, which fulfills our spiritual need for a sense of meaning, purpose, congruence and contribution. Personal congruence and contribution are the values we ‘seasoned’ citizens think of often even if we don’t espouse them at our favorite outing; but make no mistake, the thoughts are there because ‘legacy’ is fundamental to what it is to be human.

Legacies can be cultural or genetic. Abraham Lincoln is an example. His gene pool died off sometime ago but his legacy lives on.  While it may be hard to acknowledge our parent’s legacy, we can draw upon the following examples to help us as we think about our legacy. 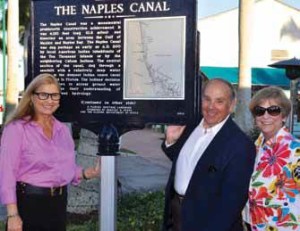 On February 18, Mike and Kathy Peppe helped Mayor John Sorey unveil ‘The Naples Canal’ Florida Heritage Landmark at Crayton Cove, which was sponsored in the name of Dorothy S. Peppe. Mike’s love of history came from his mother  and with this marker, he passed along that love as the marker paid homage to a forgotten engineering feat some 2000 years ago and kindled the legacy of Ed Crayton, who established the ambiance of the City of Naples.

This April 9th, the Marine Corp League  of Naples and Naples Press Club will host its 10th Annual Honor the Free Press event. This notion to honor the First Amendment and the Press is the first of its kind across the nation. This event pays tribute to the legacy of those Marines, who have given their all defending American’s First Amendment rights for without a free press we have no free society and no United States of America.

Peter Thomas, whose legacy in broadcast journalism spans 50 years, is the 10th honored recipient at the Honor the Free Press event. Peter was unanimously chosen, for his exceptional character and unparalleled experiences, which landed him the distinction of being first recipient of The Lifetime Achievement Award from the International Television and Radio Association. His legacy to champion the Greatest Generation’s contribution can be found in his narration of Hallowed Grounds, the first major documentary made about American overseas military cemeteries. His legacy to connect the latest generation to the Greatest  Generation is established with the Peter Thomas History Fund held at the Holocaust Museum of SWFL. 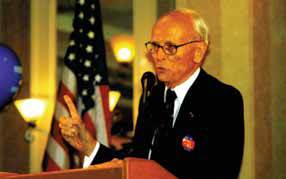 Another legacy in the making is a right-sized company formed in 2013, Legacy Options, LL C, a new paradigm life remembrance organization. Michael Whyte and Glenn Witzneburg, who broke the mold of traditional funeral cremation companies, set forth a vision to offer all the same services as traditional funeral companies, except a chapel because they believe the place that held special meaning in someone’s life while living is the best place to hold their life remembrance services. Since it is privately owned, the cost differential is quite significant.

One thing to remember with your Legacy Options, we have no control over the length of our lives – but we do have control over its depth and breadth.