At the heart of the Imagine Solutions Conference is the combustion of intelligence and passion that happens when great minds collide to discuss the world’s most important issues. This is “Ignite Your Mind!” with national media content and major brand partners including BBC, CNBC, NOVA and the National Geographic Society. The conference will take place February 24 from 8:45 a.m. to 5 p.m. at the Ritz-Carlton Golf Resort and features five major sessions, one of which contains three parts. Tyler Mathisen of CNBC will serve as the host and moderator for the day.

The list of speakers is astounding – the brightest minds in their respective fields. Here is a glimpse of what’s to come from the renowned speakers of the 2014 Imagine Solutions Conference.

“The Greatest Challenge for Science in the 21st Century”

Paula Apsell will host four top leaders of the Brain Initiative to help frame the vision, issues and potential outcomes of this trillion dollar research initiative. She is the senior executive producer of NOVA, the most popular science series on American television and online.

Miyoung Chun is the EVP of Science Programs, Kavli Foundation and chair of the conference in London which conceived the Brain Initiative. She is a molecular biologist who coordinates scientists undertaking the BRAIN Project – Brain Research through Advancing Innovative Neurotechnologies, cited in President Obama’s 2013 State of the Union address as a national effort to understand how the human brain works.

Ann Graybiel is chief scientist of the McGovern Brain Institute at MIT and was awarded the President’s Medal of Science. The research of her laboratory has advanced our understanding of neurologic and neuropsychiatric disorders such as Parkinson’s disease, Huntington’s disease, obsessive-compulsive disorder, autism, and related human conditions.

Dr. Ken Kosik is the Executive Director, Cognitive Fitness & Innovative Therapies at UCSB. He is the recipient of numerous awards including the Whitaker Health Sciences Award from MIT, American Neurological Association and Zenith Award from the Alzheimer’s Association and the NASA Group Achievement Award to the Neurolab Science Team.

John Donoghue, Ph.D is the founder and director of BrainGate and the Henry Merritt Wriston Professor in the Department of by Kelly Merritt A Dazzling Speakers at the 2014 Imagine Solutions Neuroscience at Brown University – as well as the Director of the Brown Institute for Brain Science. For nearly two dozen years Dr. Donoghue has conducted research on brain computer interfaces and his laboratory is internationally recognized as a leader in this field.

“What Can We Learn from History?”

Stephen Petranek is the editor-at-large at Weider History Group, formerly Editor-in-Chief of Discover Magazine and This Old House Magazine. He will host four major historians connecting the events and activities in history to what we can learn looking at today’s issues.

Richard Brookhiser author of 15 books on America’s founders and is the senior editor of National Review. Plus, he is author and host of two films and was historian curator of “Alexander Hamilton: The Man Who Made Modern America,” a 2004 exhibition at the New-York Historical Society. He is the recipient of the National Humanities Medal.

David Ewing Duncan is the author of eight books on history, in addition to being a television, radio and film producer and correspondent for Atlantic.com and public radio’s Biotech Nation. He also writes for many publications and is founding director of the Center for Life Science Policy at UC Berkeley. He’s the recipient of the Magazine Story of the Year Award from the American Association for the Advancement of Science and the founder and editorial director of the BioAgenda Institute.

Tony Horwitz is the author of five books on history and is a journalist. His work include Blue Latitudes, Confederates In The Attic, A Voyage Long and Strange: Rediscovering the New World and Midnight Rising: John Brown and the Raid That Sparked the Civil War, published in October 2011.

Stephanie McCurry is a professor of history at the University of Pennsylvania and a specialist in Nineteenth Century American history, with a focus on the American South and the Civil War era and the history of women and gender. She is also the author of ‘Masters of Small Worlds’.

Dylan Arena will discuss preschool. He is the Co-Founder and Chief Learning Scientist of Kidaptive which creates educational apps C O N F E R E N C E for kids built on top of a comprehensive early-learning curriculum and assessment framework. Dylan’s background is in cognitive science, software, philosophy, and statistics. He has been a MacArthur Emerging Scholar in Digital Media and Learning, a Gordon Commission Science and Technology Fellow, a Stanford Graduate Fellow in Science and Engineering, a Gerald J. Lieberman Fellow, a FrameWorks Fellow, and a United States Presidential Scholar.

Eric Westendorf, the founder of Learnzillion will share his insight on the K – 12 segment of education. He founded a non-profit focused on teacher leadership development and served as the Assistant Principal of St. Joseph’s School in Harlem, where he raised over $1 million dollars for technology and other programs. He has advanced degrees from Stanford, Trinity University, Brown University and Princeton University.

Andrew Ng, co-founder of Coursera will enlighten attendees about the college years. Ng led the development of Stanford University’s main MOO C (Massive Open Online Courses) platform, and also taught an online machine learning class offered to over 100,000 students, leading to the founding of Coursera. His goal is to give everyone in the world access to a high quality education. He was named to the Time 100 list of the most influential people in the world, CNN’s 10: Thinkers list and Fortune’s 40 under 40 among others.

Karen Cator’s background includes her role as president and CEO of Digital Promise. At the US Department of Education she led the development of the 2010 National Education Technology Plan and focused the Office’s efforts on teacher and leader support, becoming a leading voice for transforming American education through technology innovation and research.

Session 4 “An Audacious Potpourri” is moderated by Tyler Mathison, who co-anchors CNBC’s “Power Lunch” and is CNBC’s vice president for Strategic Editorial Initiatives. He also co-anchors CNBC’s “Nightly Business Report”. The segments in this session include Amazing People Under 20, Leadership and Inspiration and Global Perspective.

Jack Andraka is known as ‘the teen prodigy of pancreatic cancer’, having developed a paper sensor that detects pancreatic, ovarian and lung cancer in five minutes for as little as three cents. He is the winner of the Gordon E. Moore award at Intel International Science and Engineering Fair and the Smithsonian American Ingenuity Award and was named a Champion of Change by President Obama for his work to break down scientific journal paywalls.

Llewellyn Sanchez-Werner is a pianist and composer who as a teenager was the youngest person ever admitted to Juilliard’s college division. He performed in President Obama’s re-election inaugural concert at the Kennedy Center, later flying to Baghdad to be the first American soloist to perform in Iraq with the Iraqi National Symphony Orchestra.

Following Hurricane Katrina then ten-year-old Talia Leman began a charity that prompted kids around the country to go out and trickor- treat for New Orleans. Motivated by the need to solve a problem, to repair. She ultimately raised $10 million. At the Imagine Solutions Conference, she’ll talk about her non-profit RandomKid, which provides kids who want to raise funds for a charitable cause with ideas, resources and tools.

American feminist Kim Gandy is president and CEO of the National Network to End Domestic Violence. She was a resident fellow at the Institute of Politics at the John F. Kennedy School of Government at Harvard University in Cambridge, Massachusetts. Gandy became president of the National Organization of Women and over the years has written state legislation addressing women’s concerns among numerous successes.

Matthew “Matt” Harding, also known as Dancing Matt, is the internet phenomenon known for 100 million YouTube hits. He is known for his “Where in the hell is Matt?” website which chronicles his travels and the viral videos that show him dancing in front of landmarks and street scenes in various international locations.

Julian Hector of the BBC will share his perspective on “Wild Africa”. He is the head of radio at the BBC’s Natural History Unit and will use extraordinary film and sound clips to illustrate his presentation. His productions at the BBC have also included ‘World On The Move’. His “Wild Africa” production is a BBC nature documentary series exploring the natural history of the African continent.

“The Future of Exploration”National Geographic Society

Keith Bellows, editor-in-chief of National Geographic Traveler will moderate the session on exploration. Bellows is the author of “100 Places That Can Change Your Child’s Life” and will facilitate discussions with four distinguished National Geographic explorers who will share stories and adventures.

Carl Hoffman, author of “Hunting Warbirds: The Obsessive Quest for the Lost Aircraft of World War II” has driven the Baja, ridden reindeer in Siberia, sailed an open dinghy 250 miles and traveled to 65 countries. He writes about travel, adventure and technology most notably for National Geographic Traveler and is the recipient of four Lowell Thomas Awards from the Society of American Travel Writers and one North American Travel Journalism Award. 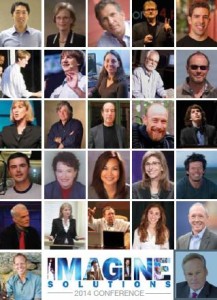 Dr. Jill Pruetz is a Walvoord Professor of Liberal Arts and Sciences specializing in biological anthropology – this primatologist has conducted field work in places like Peru, Costa Rica, Nicaragua and Kenya. Her research project in southeastern Senegal was funded by National Geographic Society and the National Science Foundation to study chimps in a habitat similar to that of early hominids. She is the co-founder of the non-profit organization DANTA, affiliated with the El Zota Biological Field Station in Costa Rica.

Peter McBride is a National Geographic Society photographer and adventurer. He has traveled all over the world and is a graduate of Dartmouth College – but before embarking on his writing career, he ski raced for the United States Development Ski Team and later went on to coach the University of Colorado Ski Team to a NCAA Division I Championship. His adventure assignments are legendary.

Kenny Broad is an environmental anthropologist and explorer known for diving and documentary film expeditions. His training includes a Ph.D. in anthropology from Columbia University and an M.A. in marine affairs and policy from the University of Miami, where he is a professor at University of Miami’s (UM) Rosenstiel School of Marine and Atmospheric Science. He held the title of one of National Geographic’s 2011 Explorers of the Year.