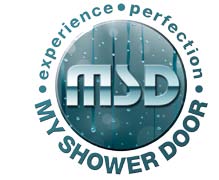 Fifty companies from across the state of Florida received their recognition and were treated like rock stars at an award event on Thursday, October 24th at the Hard Rock Live in Orlando, Florida.

Florida Companies to Watch is an award program that celebrates privately held second-stage companies headquartered in the state. To be eligible, applicants must employ between 6 and 99 full-time equivalent employees and have between $750,000 and $50 million in annual revenue or working capital in place. Awardees are selected for demonstrating the intent and capacity to grow based on employee or sales growth, exceptional entrepreneurial leadership, sustainable competitive advantage, outstanding corporate culture, inspired community giving and other notable strengths.

Florida Companies to Watch is unique because of its focus on second-stage companies and the wide-ranging industries they represent. The impact of these companies on Florida’s economy is immense, and this year’s honorees are examples of such companies in the state. During 2007-2009, Florida’s resident companies averaged more than 110,000 second-stage establishments according to Your Economy.Org, an online resource of the Edward Lowe Foundation.