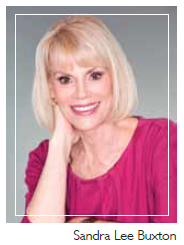 Have you ever met someone whose smile was so genuine that you were immediately drawn to them? If you haven’t, then you clearly have not met Christin Bones. She is the epitome of grace and graciousness in her personal and professional relationships. Christin’s high energy level is another topic in and of itself.

Christin and her husband Dustin opened their business, U-Topia Spa in June of 2011. Fulfilling a life time dream this was a perfect outlet for her creativity and commitment to service. Her love for the industry began with volunteer work at a spa in New Hampshire. At the tender age of 12 she became hooked and had a clear vision of her future. Early responsibilities were simple folding towels, serving tea and making guests comfortable. She found that she loved the work. Her interest in the spa business grew and she discovered her niche was working with make-up. Assisting young women preparing for prom or wedding parties brought her joy and related to her talent, also a strong  following.

Her skill set increased as she became licensed as an esthetician working in New Hampshire, Hawaii and Chicago prior to moving to Naples. Christin and Dustin are in the process of opening a second spa in the Treviso Bay community. Happily married, a successful business, from all outward appearances she has a perfect life. Maybe now, but it wasn’t always that way. 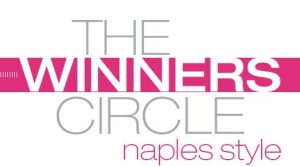 She was diagnosed with a brain tumor at the age of nine. During 18 months of anxiety, constant illness and testing the family felt immobilized with hopelessness. Her parents struggled to deal with Christin’s ongoing symptoms and were falsely reassured that she had the flu, earaches, swimmer’s ear and a multitude of other diagnoses. Finally with unresolved nausea and constant vertigo, she was rushed to Boston Children’s Hospital. After intense evaluation a neurologist identified the problem and she had immediate brain surgery. Medical issues provided a turbulent childhood which pulled this close-knit family even tighter. There were ten years of follow up and although not easy, it was all part of the recovery process. As we fast forward, she has been given a clean bill of health, which may reflect her unstoppable zest for life.

The name U-Topia was selected since it means ideal place. That is the precise milieu that has been created. Granted there are many spas to choose from in Naples, most have pleasant atmospheres and offer a plethora of high end products. U-Topia also has these features but they are most known for their service. Christin’s team members love what they do, where they do it and take pride in remembering the specific needs of each client. Having an attitude of gratitude Christin works on behalf of others in several ways. U-Topia has recently been recognized as a Green Business, an aspiration made early on. She expresses concern about the health of her clients and community. She is an active participant with Impact Initiative, a group of 250 women who raise monies on behalf of Golisano Children’s Hospital. Related to her own tumultuous childhood she wants to improve conditions and circumstances for others. Another passion is the American Heart Association and she is member of the prestigious Circle of Red. Heart disease is the number one killer of women so she helps educate others. Not only does she make today count for herself but she extends that to others. Congratulations Christin for your positive energy and community service.

Gifts For The Heart – Solid Foundation

Your Key To Peace Of Mind
Scroll to top