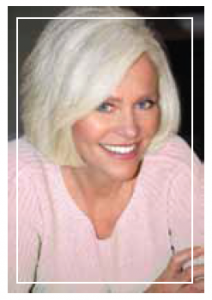 Today’s jewelry collectors are a savvy bunch. They understand diamonds and precious stones in a way that was uncommon amongst consumers a decade back. They also recognize the appeal that precious metals can lend to a fine jewelry item. The now metal is a delicate pink gold that’s becoming widely available. Pink, red or rose are used interchangeably in describing this blushing gold. And it’s gaining traction with serious collectors who are discovering it in luxury goods.

Pink gold is not a new gold alloy however. Its first wave of popularity emerged in the 1920s when several venerable designers produced jewelry in this striking gold tone. Men’s tank watches of the day were also created in pink gold. But today, this eye-catching metal adorns the most grown-up yet uber-feminine jewels for sophisticated shoppers. Since pink gold looks dazzling alongside white gold or even platinum, you can successfully add one or more pink gold pieces to an already established jewelry collection.

The most successful use of pink or rose gold is achieved with clever pairings to diamonds or certain colored stones. De Beers pink Enchanted Lotus band is dramatic with its addition of icy white diamonds. “It stands out because of the contrast of the brilliant white diamonds to the soft pink gold,” Reeves points out. “And that is what excites our customers.”

Early adapters of this chic metal are confident stylesetters. And that also defines the Naples woman. Reeves sees the Naples jewelry collector as “ Fashion savvy and uniquely distinctive. She enjoys fine quality and creative design that makes a statement.” Are you a pinkie fan?