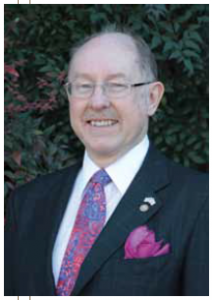 On June 5th, the Naples City Council approved the acquisition of a 6.7 acre parcel next to the 8.5 acres (see map), owned by the City and currently being used by the sanitation department, which will be moving to a new site north of the Naples Municipal Airport. This will create the largest and the first major park in the City since Cambier and Fleischmann Parks were built. I am very proud of my fellow council members who had a number of concerns, but in the end supported this project.

While there appeared to be a community-wide consensus to acquire the property for a new park, how to actually pay for the acquisition and development has been the subject of some discussions. There were many options considered by City Council, including: raising taxes, borrowing money, using available reserves, and a special assessment upon properties.

City Council approved funding for the acquisition of the property ($3 million) and development of the first phase as a park ($2.5 million). The tentative source of funding is one-half from General Fund Reserves (prior years surplus of revenues over expenditures which comes from the City property taxes), and one-half raised through a one-time special assessment. A special assessment placed on the property tax bill for those who will accrue a benefit from the new park facilities. While the assessment will only apply to residential property owners, a professional analysis has been completed documenting the appropriate methodology for the assessment. Early estimates suggest a one-time assessment of approximately $153.

The assessment program will be designed to provide for this one-time assessment on the November, 2014 tax bill to allow advanced notice of this assessment. The advantage of a special assessment is that all property owners who may benefit by a possible increase in property value from the new park will pay an equal amount.

At the September 16th City Council Workshop, Burton & Associates, a consulting firm for the City, presented a methodology to explain the validity of the assessment. Council had a number of questions and concerns. A decision will be made concerning the assessment at a future City Council meeting. A request for qualifications (RFQ) was developed and advertised to obtain the services of a highly qualified park design firm to develop a master plan for the new park. Eight firms responded with presentations. The Consultants Competitive Negotiation Act (CCNA) Committee selected Kimley-Horn and Associates, Inc. as their first choice. City Council approved staff to proceed with negotiations with the firm regarding their pricing at the September 18th meeting. This item was brought back to Council for approval at its October 2nd meeting. 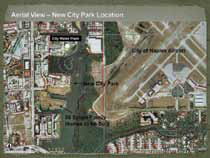 On September 18th, Council approved “PRELUDE TO A PARK,” planned for the evening of March 15, 2014, which is a full moon night. To fully develop the park, considerably more than $2.5 million that Council authorized for construction will be required. We will need a strong involvement and financial commitment from the private sector to build out this park. Please put a hold on this date. If you are interested in an invitation or a naming opportunity, please call 239.263.2673.

In addition, there will be a free admission family fun day event on Sunday afternoon on March 16, 2014 from 1 p.m.-4 p.m. The event will provide a venue for the families of our community to see the “Vision” for the new park.

The schedule below outlines what has been accomplished and the plans for all stakeholders, City Council, committees, citizens and staff to be involved in this process:

Services with submittals due on August 20, 2013- completed

of RFQ & Design Process; AGM for approval of Special Event

October 4 – Execute Contract and issue the Notice to Proceed –