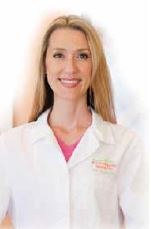 It’s our family vacation and we’re at the Museum of Science and Industry in Chicago. It’s a magical place that introduces children and adults to the wonders of science and technology. We now find ourselves in the cafeteria. After navigating through multiple lines with a multitude of food choices, we’ve settled at a table and prepare to refuel before seeing the giants in locomotion, air, and concept cars. After that, perhaps off to the science laboratories to learn about converting light into energy or a movie about the effects of pH balance on our Earth’s coral reefs, shown on a five-story movie screen.

Science is an amazing and vast subject. I studied one microscopic corner as a biology major and then a sprinkle more with my master in oral biology. As I looked at our trays and the collection of lunch and snack foods we’d selected, I couldn’t resist taking a quick scan of the room at the trays belonging to the other two dozen families seated around us.

“I see only one family that I’d bet doesn’t have cavities,” I said quietly to my husband. I was being a bit nosy, but I imagined my scientific experiment being rather easy. My hypothesis was based on the items on the trays around us–and if only I could’ve asked those families to volunteer to be part of my experiment, I was rather confident of what my findings would be.

What was so obvious? If you’ve been to my office, you already know. What was missing from the trays of the only family I was nearly certain had cavity-free kids – and probably parents, too? What was on the trays of the others? The family I hypothesized had no cavities documented on their dental charts back wherever their home may be, was drinking only water with their lunch. With sandwiches and fruit, their meal looked very put together and pleasing. I was so tempted as a pediatric dentist to compliment them on their choices. The other children throughout the cafeteria didn’t seem to be making such bad choices– they were seated with trays of fairly good food. Items ranged from hot dogs and turkey subs to pizza. Aside from a few chocolate puddings topped with gummy worms, the overview was not bad. However, the upset in the balance of cavity free or not, I believe was the array of sugared beverages marched about in all colors of the rainbow. Gatorade galore, juice boxes and even an occasional soda. Red Gatorade by far seemed the most popular and it made me cringe. As for the grown-ups, I couldn’t overlook all the sweetened teas and frothy Starbucks. Tasty to be sure, but equally tasty to the cavity causing bacteria that silently inhabit people’s mouths.

The bacteria that cause cavities thrive in an acidic environment. The acidity leaches the minerals out of teeth, disrupting the calcium-based molecules. Much as the coral reefs suffer and weaken in an acidic pH, teeth become weak. The weakness and porosity that develops allows the bacteria that cling to the surfaces of teeth left sticky from plaque and incomplete brushing and flossing, to find more permanent lodgings. They move into those small pores and continue to digest any carbohydrates that float their way. They then release even more acid, further deteriorating the teeth and burrowing deeper into them. Images of the hands on coal mining exhibit flashed through my mind. As the bacteria, like little miners with acidic ooze instead of dynamite and pick axes, bore deeper into the tooth’s core, a toothache and infection become more of an eventuality.

The Museum of Science and Industry claims to inspire the inner scientist and engineer in us all, and I believe the claim to be true. We watched static electricity developing into lightning, sa 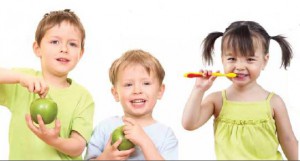 t in flight simulators, created plastic polymers, and almost dissected owl pellets. We walked out thinking more about the whys and hows of things, like rain and digestion, thankful for scientific advances and excited for the future. Although it is only one tiny corner of the scientific universe, I am reinspired to teach patients how a little knowledge about the hows and whys can help them grow up cavity free.