Blog - Latest News
You are here: Home1 / Columnists2 / State of the City 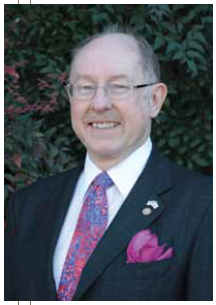 June 5, 2013 was a historic day as City Council decided to purchase the 6.7 acres known as the Pulling Property on the Gordon River. This is a game changing event as this will be the largest park in the City and the entrance or exit for the Gordon River Greenway. In addition, Council appropriated $2.5 million to construct the Park. The plan is to prepare a scope of work during the summer and award a contract for development of a “Master Plan” in September. A key part of this process will be public meetings in January and February of 2014, with a final concept in early March, 2014. Construction will begin soon after, however, the $2.5 million will only provide some basics and that is why a “Master Plan” is so critical. It is essential that the City does not have to change features in the future.

The bridge across the Gordon River to the Naples Airport property is a critical component to the plan, and will tie into connections within the City. Please refer to my May 23, 2013 guest commentary in the Naples Daily News for more detail.

The decision to purchase the Pulling Property on the Gordon River was a difficult decision for our Council as some members who were opposed to the concept were swayed by citizens and what this could mean for our community. Many thanks to City Council for making the courageous and historical decision to purchase the Pulling Property and for setting aside additional funding to develop a park for the future of our community.

Since 1988, the City of Naples has provided reclaimed water (irrigation) as an alternative water supply to meet the high need for irrigating our beautiful landscape. The City’s first reclaimed water customers were the golf courses along Goodlette Road. Before this program was introduced, golf courses used groundwater for irrigation which competed with our potable water supply. The reclaimed water provided an alternative water source for golf course irrigation and lessened the demand on the groundwater supply. Fast forward 25 years, and the reclaimed water system has expanded to schools ( Naples High School, Gulfview Middle School, Lake Park Elementary, St. Ann’s School), the Coastland Mall, Parks (Cambier Park and Fleischmann Park), Naples Zoo, Naples Community Hospital and the City’s Dog Park, to name a few.

In January 2000, the City completed a $25 million treatment upgrade and capacity expansion of the wastewater treatment facility to obtain the highest mode of treatment to meet the reclaimed water irrigation requirements for residential and public access areas. In 2007, the City completed an expansion of the reclaimed water irrigation system to residential customers in the southern portion of the City’s water service area. To date, there are 487 residents in the Port Royal area connected to the reclaimed water system. The current connections reduced the demand on the potable water system by 3.5 to 4.0 million gallons per day or roughly one billion gallons of drinking water annually.

The reclaimed water produced at the City’s wastewater treatment facility meets all the treatment and water quality requirements of the Florida Department of Environmental Protection (FDEP ) and the U.S. Environmental Protection Agency (USEP A). The City’s reclaimed water program is regulated by the FDEP with authority under Florida Administrative Code (FAC) 62-610. The FAC defines the City’s reclaimed water system as “Slow-Rate Land Application Systems; Public Access Areas, Residential Irrigation, and Edible Crops.”

This designation requires a level of treatment that meets the most stringent regulations and monitoring requirements for public access non-potable irrigation water. Monitoring requirements include, but not limited to, continuous online monitoring for disinfectant residuals and turbidity to satisfy the State’s Class I reliability for high-level disinfection and advance waste treatment. This type of reuse system involves the irrigation of areas that are intended to be accessible to the public, such as residential lawns, golf courses, cemeteries, parks, landscape areas, and roadway medians. Public access areas may include private property that is not open to the public at large, but is intended for frequent use by many persons. There have been no violations of the continuous online monitoring for the past five years. FDEP also conducts annual inspections of the City’s wastewater treatment facility. The annual FDEP inspections show compliance with all operating permit parameters for the past five years.

In 2007, the City’s reclaimed water contained a high level of chlorides. Significant repair to the wastewater collection system reduced the intrusion of groundwater that was high in salinity. Since the repairs, chlorides in the reclaimed water were substantially reduced below the City’s limit of 400 ppm, to an average of 150 ppm, and in no situation has water left the plant exceeding the maximum.

To comply with the State of Florida operating permit, the reclaimed water is tested annually for 19 metals including arsenic, copper, mercury and zinc, to name a few. The reclaimed water does not exceed any metal standards.

• Reduces the demand on groundwater supplies. • Increases the amount of potable water for non-irrigation purposes.

On February 19, the City Council directed staff to design the expansion of the reclaimed water distribution system based on the preliminary engineering report presented at the Council’s workshop. The preliminary engineering report identified potential service areas based on the estimated potable water irrigation demand, the potential for customers to connect to the new reclaimed water system, constructability and estimated cost of the expanded system. The water service area within the City limits was broken down into 13 zones and ranked based on estimated potable water irrigation consumption obtained from five year historical City billing records. Zones 1-4 are located in northwestern portion of the City have the highest potable water irrigation consumption within the City limits. This area represents a daily irrigation amount of 1.35 million gallons per day with 2,015 possible connections. The following is a description of the location of zones 1-4:

Zone 1: The Moorings north of the Naples Beach Hotel and west of US 41, and east of Gulf Shore Blvd. North

Zone 4: North of Harbour Drive, east of Gulf Shore Blvd., west of US 41 and south of Park Shore Drive

To support the new reclaimed water distribution system, the City hired a consultant to develop a transmission main layout that connects to the existing reclaimed water system in several locations located within zones 1-4. This system provides a looped system to support consistent pressure and volume during times of irrigation. The distribution system would be extending from the transmission main into residential streets. The cost to install the entire transmission main is estimated at $12,255,000 and provides 330 possible connections. The capital budget for this project is $9 million.

City Council agreed with the staff recommendation to proceed with Option T-7 which provides a 12-inch transmission main from the existing 24-inch reclaimed water main on Goodlette Road west to Park Shore Drive (zone 4) down to Gulf Shore Boulevard North (zone 2). The estimated cost of this option is $3,293,100. This project is currently out on public bid.

Further expansion of the system is the next step in the process and would require the direction of City Council. Several policy decisions will need to be made by City Council before the expansion process can proceed. They include:

• Overall goal. Potable water consumption has been reduced from over 350 gallons per day per person to about 205. The South Florida Water Management District (SFWMD) desires 150 gallons. This goal may determine the extent of the distribution expansion.

• Whether to take advantage of the current low interest rate environment and borrow funds to expand the distribution system beyond what can be accomplished with the current “pay-as-you-go” with the funds available each year.

• Impact on revenue. For each connection, revenue is reduced, but there is not a corresponding reduction in operating expenditures associated with potable water treatment and distribution. Without thoughtful consideration, existing capital infrastructure may be underutilized with an expanding reclaimed water system. Financial projections should be developed to predict when and to what extent rates may increase to cover the cost of utility operations and system capital maintenance, and how rates may be modified to insure equity among utility customers.

• Voluntary connection. Currently the policy provides for voluntary connection to the reclaimed system as it becomes available. In Port Royal, despite very high water consumption (and water bills) and strong support and marketing by the Port Royal Association, only 65% of the property owners have connected since the system became available five years ago. Irrigation use will be less in other areas under consideration for distribution expansion, and there may be less financial incentive to voluntarily connect to the system. Future policy considerations will include: mandatory connection; evaluation of reclaimed water rates; and financial incentives to connect.

This is a critical program as the City determines how to best use the scarce “WATER” resource. Resource allocation and acceptance by the user will drive the speed of implementation. Stay tuned as the City continues this effort. A special thanks to Bob Middleton, Utilities Director, for his contribution to this article.

For more information about hooking up your home to the reclaimed water program, please contact Bob Middleton, Utilities Director, at 239.213.4714 or visit our website at www.naplesgov.com, Departments, Utilities, and select Reclaimed Water.

Bascom Palmer had their groundbreaking at 3860 Tamiami Trail North on February 8th. This will be a great addition to medical services in our community.

Congratulations to the Arts Naples World Festival for another great event May 10-14, featuring the music and Art of Latin America. This was a great end of season event and next year Italy will be featured.

The Greater Naples Chamber of Commerce held their annual dinner on May 17 with many well deserved awards. We are so proud of Alan Horton being selected as the 2013 Outstanding Citizen Award recipient. He has and will continue to mean so much to our community. I also enjoyed the non-recognition, recognition of Mike Reagan for all the contributions he has made to the Chamber and our community. We all wish him the best in retirement.

On May 20, Keep Collier Beautiful recognized the winners of the 2014 Student Art Calendar contest. This was such a great event as it combines the environment and art. Thanks to all the entries, the teachers and the sponsors for this special event.

On June 11th, the City held a ribbon cutting ceremony for the crosswalk at 5th Avenues South and US 41. This crosswalk is another step in improving the connectivity between the east and west part of the City. Now, one can walk or bike safely across US 41 at the Four Corner’s intersection. Do not forget take advantage of the underpass under US 41 at Tin City as it is a pleasant pathway for recreational use or just taking a stroll on a beautiful day in Paradise.

I would like to personally thank each of you for all you do for our community and hope that you have a great summer. See you in the fall!

If you have any article ideas, interested in volunteering, joining one of the City’s committees or just want to drop me a comment, please contact me at 239.213.1000 or email me at mayor@naplesgov.com.