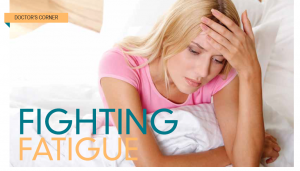 Probably the most common complaint of people today is fatigue. This is not a disease per se, but rather a major symptom of many disturbances. Unfortunately, fatigue must be dealt with generally as the single most presenting disorder, without much else to help in diagnosis. A list of causes can be very complex in its proper diagnosis and treatment: hypoglycemia, stress, anemia, toxicity, allergy, glandular imbalances, poor eliminations or assimilation, cardiovascular causes, improper diet, lack of demanding exercise, excess sex, birth control pills, overweight, overwork, lack of sleep, sedentary occupation, psychological disturbances, heavy metal poisoning, degenerative diseases, shallow breathing, etc, etc, etc…..

A good physical examination will usually reveal the clues to the origin of fatigue. Despite many factors involved, in reality most of them involve a nutritional basis. Hypoglycemia, or low blood sugar, is one of the most frequent causes that is more obvious in the midmorning and afternoon, becoming more continuous as the body’s system becomes less able to cope with its repeated stress.

The adrenal glands and the pancreas become overburdened and eventually fail to function properly. The type of diet usually responsible for hypoglycemia is high in refined carbohydrates and deficient in the vitamins and mineral essential for the health and well-being of the body’s glands and organs – Vitamins A, B complex, B12, C, E, Chromium, Iron, Calcium, Magnesium, Bee pollen, Brewer’s Yeast, Kelp and Spirulina.

Stress is very common in fatigue and can cause a form of hypoglycemia by depleting the adrenal glands, which respond to any fear, anxiety, worry or similar emotion, as if they were emergency conditions. Eventually, the adrenal glands become exhausted and, as vital energy reserves become overtaxed, fatigue results.

Unlike true nutritional hypoglycemia, this type of fatigue does not necessarily occur between meals, but may be more related to an incident of intense stress or emotion. And, if this stress is in the same time and space as a refined diet coupled with caffeine intake, the hypoglycemic state can take on a totally unpredictable character.

Caffeine is a socially accepted drug, unlike sugar, which at least draws part of its energy from it caloric nature, caffeine and caffeine containing drinks like unsweetened coffee or tea, and sodas, have no intrinsic energy value whatsoever. Rather than give energy, they cause an endocrine emergency action to extract energy from the body’s vital reserves in the liver and muscles.

Caffeine causes glycogen stored in these tissues to become mobilized and converted to the body’s fuel, glucose. Ultimately, this extraction of energy leaves the energy reserves severely depleted. The result is profound weakness and chronic fatigue.

Caffeinated drinks are probably the greatest curse to the body, after refined sugar. Habitual coffee, tea, or soda drinkers literally become addicted to their brew. How many times have you heard someone say they just can’t get going without their morning coffee, or who get a morning headache unless they drink coffee? What clearer signs of dependency could be more evident? The bad news: absolutely no progress will be made with chronic fatigue as long as coffee/caffeine is part of the diet.

Protein deficiency, could be a cause of fatigue, while excess protein consumption could be a factor as well. The habit of skipping breakfast or just having a donut and coffee is associated with both low blood sugar and morning fatigue. Usually a change to a substantial unrefined grain breakfast will completely remove the morning “blahs.”

In general, the more demanding exercise a person does, the more protein they can eat and deal with effectively. Any excess clogs the system, cause toxicity, and lowers the body’s vitality as it attempts to deal with the excessive amount of unneeded and often more toxic waste products of protein metabolism.

Another form of toxicity results from poor eliminations. Constipation caused by slow bowel transit time, causes toxic residues in the colon to be reabsorbed, causing lethargy, depression, coated tongue, fatigue and other sign of ill health. A high fiber diet corrects this situation quite easily.

One of the primary roles of the liver is detoxifying the harmful or unwanted elements in the body. If the liver is overworked, general toxicity results. A congested liver due to excess toxins such as pesticides (like GMOS ), food colorings, artificial flavors like MSG andor aspartame, presevatives, etc., from foods, excess fatty foods, excess protein, chemical exposure, or drugs, also will leave the person in a sluggish, toxic state. 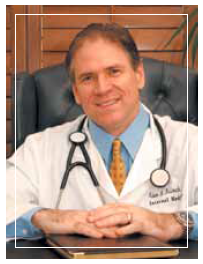 Food allergy is a frequently ignored cause of poor vitality, depression, listlessness, fatigue and other similar symptoms. This can be caused by any food and may cause sudden acute symptoms almost to the point of lying flat on your back, or the more subtle chronic fatigue if the allergen is consumed on a regular basis.

Cardiovascular disease, arteriosclerosis, and arthrosclerosis can reduce the efficiency of blood circulation to the brain and mental fatigue and lethargy can result.

Other degenerative diseases like cancer usually are first noticed by vague feelings of tiredness and lack of energy and vitality.

As you can see, simple fatigue can be fairly complex and by all means, nothing to ignore. Briefly put, try to adhere to a Mediterranean type diet, no refined grains or processed foods, limit caffeine, no alcohol or tobacco and preferably an organic diet, you want to build, not continue to break down.

Stepping Out for ScholarshipsBlack & Right
Scroll to top