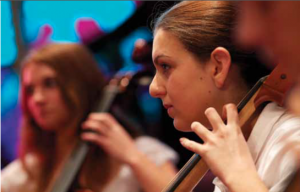 Founded in 1996, First Baptist Academy (FBA) has experienced rapid growth to become one of the largest private Christian schools in Naples. The goal is to educate students for life, learning and leadership. FBA enrolls over 525 energetic students who represent SW Florida.

The beautiful state of the art campus offers a plethora of opportunities encouraging students to explore and pursue excellence.

FBA is a college preparatory school that offers a comprehensive program balanced with a Biblical worldview, rigorous academics, competitive athletics, and compelling fine arts. Parents are grateful that students from pre-K through 12th grade learn in a safe, engaging, and caring community where class sizes are small and personal relationships with teachers and staff thrive. FBA is accredited by ACSI (Association of Christian Schools International) and SACS (Southern Association of Colleges and Schools). 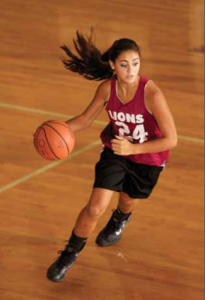 Emphasis is placed on a combination of intentional discipleship and rigorous academics which prepares the next generation for leadership. Students are guided towards integrity, a strong moral compass and ethical behaviors which will be displayed in all aspects of their lives.

Presently FBA has teams in the following FHSAA interscholastic sports for boys and girls respectively: Golf, Soccer, Football, Baseball, Volleyball, Basketball, Track & Field, and Cross Country. This past school year magnificent success was experienced on the sports fields. Varsity Football, Boys and Girls Basketball, and Boys Baseball each were District Champions. The Varsity Football team ended one game shy of the State Championship and is determined to earn that spot next year. FBA had 3 Cross Country and 22 Track athletes qualify for Regionals, with three Track athletes going on to qualify for the State level. FBA was pleased to have four coaches named their respective district, District Coach of the Year, and four athletes named their respective district, District Player of the Year.

The FBA Athletic Department’s purpose is to seek individual and team excellence in competitive athletic arena, while coaching student athletes to strive for God’s glory or “4HG” in all they do. 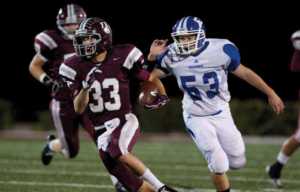 Students recently participated in the Outstanding Soloist Recital Instrumental. Judges selected the top three performers and awarded scholarships for private music lessons. With thunderous applause, first place went to David Bonilla, Alex Howell earned second place, and Riley Marder was awarded third place. Each vocalist who participated in the High School Voice Festival was required to present either a solo or duet of their choice. Each piece was judged with an extensive rubric and possible ratings ranged from “Needs Improvement” to “Superior.” All participants were extremely gifted and the lowest achievement earned was an Excellent rating. Christine Barnes and Victoria Stearns both received superior ratings. Christine for “On My Own” from Les Misérables, and Victoria for “No Good Deed Goes Unpunished” from Wicked.

First Baptist Academy welcomes you to view their website and Facebook page to learn more about the academy. The best way to
experience FBA however is to visit the bustling 100 acre campus where “every day is an open house.” Location of the school is 3000 Orange Blossom (34109) near Livingston. Phone: 239.597.2233 or email fba@fbalions.or