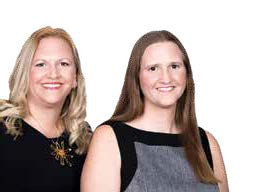 Dear Artsperts:
I am curious about how artists can use company’s trademarks in their works. I thought trademarks were legally protected. Is it okay for artists to incorporate trademarks within their art?
Marked

Dear Marked,
One of the most famous images that comes to mind, is the Andy Warhol pop art using the Campbell’s Soup can. The company’s reaction was extremely positive. Instead of suing they sent Warhol a letter of admiration! However, where trademarks are used within art that show the trademark in a less favorable way, companies are more apt to file lawsuit.

For example, Mattel filed lawsuit against an artist who depicted the Barbie doll in various disturbing and provocative positions. The artist was criticizing the objectification of women. Courts, including the one in this Mattel case,
will place heavy emphasis on the Constitutional right to freedom of speech over rights to registered trademarks, often finding in favor of the artist.

Trademark law was established to ensure that “(1) owners of trademarks can benefit from the goodwill associated with their marks, and (2) consumers can distinguish among competing producers.” Creative expression falls into a special category since artists of all types are using a trademark in a way that isn’t meant to compete with the original. Because of this, Courts continue to rely on a test that was originally developed by the Second Circuit in Rogers v. Grimaldi in 1989.

Ginger Rogers sued Grimaldi and MGM for producing a film which included a dancing sequence that emulated her famous dance with Fred Astaire. The court wrote, “This appeal presents a conflict between Rogers’ right to protect her celebrated name and the right of others to express themselves freely in their own artistic work.”

The Court found Grimaldi and MGM not liable, but in the process created a test that continues to be relevant for cases involving the use of trademarks in creative expression. The Rogers Test is: a trademark in an expressive work is only infringing if “(1) the use of the mark has no artistic relevance to the underlying work whatsoever, or (2) it has some artistic relevance, but explicitly misleads as to the source or the content of the work.” This test clearly favors all artists, especially the visual artists who create paintings, sculpture, fine art photography, installations, and more.

Courts in the United States are likely to almost always find in favor of an artist because of the strength of our First Amendment right of freedom of speech. However, it is far less clear abroad, where freedom of speech is not guaranteed. Courts have found artists liable in other nations.
Sincerely,
The Artsperts

“Lacy’s Jungle” by Robert Vickrey (1926-2011), Egg Tempera, 36”x48” 1993.
This work incorporates trademarked images of Sesame Street characters. Sesame Workshop and Jim Henson Company own these trademarks and probably would not be pleased with how the characters are depicted with weapons. Robert Vickrey painted this work to criticize violence in children’s programing in general. He is also
depicting the loss of innocence, which is often a concept in his works. However, this painting so clearly passes the Rogers test that there is very little doubt that a court would find in favor of Vickrey’s First Amendment right to freedom of speech. 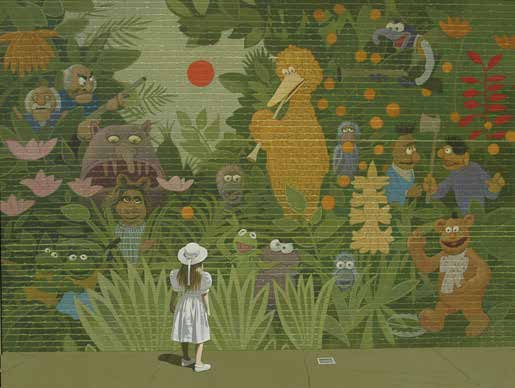