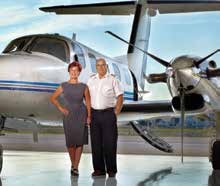 Companies expand for a number of reasons when time and opportunity seem right. That’s exactly what’s occurring for premier charter operator Naples Air Inc. who just
celebrated their 12th anniversary this past summer.

We’re excited to report that we’re expanding several areas of our business to offer more services; diversify our product/service line; broaden our competitive advantage; and fill a niche that is currently not being met in Southwest Florida.

Our company began with one twin-engine aircraft, which was entered by walking on the wing and over the co-pilot seat to get inside. It was fine for families but not ideal for the business traveler.

The first expansion to a cabin class aircraft that offered stairs was a no-brainer for us. Two years later customers requested a pressurized cabin class plane capable of flying higher and faster; one that offered bigger seats and a restroom. We were happy to oblige and purchased our next aircraft. 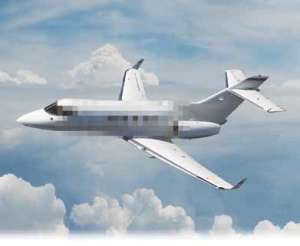 Several years into our business, we wanted to diversify so we bought two planes including an open cockpit biplane. Imagine Snoopy and the Red Baron, both planes served for sightseeing, which we operated for several years before realizing it wasn’t really our target market.

As our business grew, we had many requests to fly to Massachusetts, New York, the Midwest and points in between. We responded and bought a more capable, faster turbo prop that flies to Milwaukee and Hartford CT, non-stop in four hours. Today, we have all cabin class charter airplanes — no more climbing over seats.

Since we began, we’ve expanded our fleet, added pilots and destinations, all while keeping our eyes on the changing environment, customers’ desires and quality. We’re known as being the best charter operation in Southwest Florida and we value that reputation.

For years, we’ve brokered jets of all sizes but didn’t own those planes and therefore couldn’t control prices. I’m proud to announce that very soon we’ll solve that pricing issue and fill the gap for faster flights as we introduce our Citation II jet to SWFL! The Cessna Citation II is practical, agile and offers a service not served by any other locally owned charter operator. Yes, we’re excited and hope you will be too! We invite you to experience air charter; it’s awesome!