Dozens of students from schools across Collier County were awarded college scholarships this month by the Naples Yacht Club Chapter of the International Order of the Blue Gavel enabling them to proceed to college and further their education. 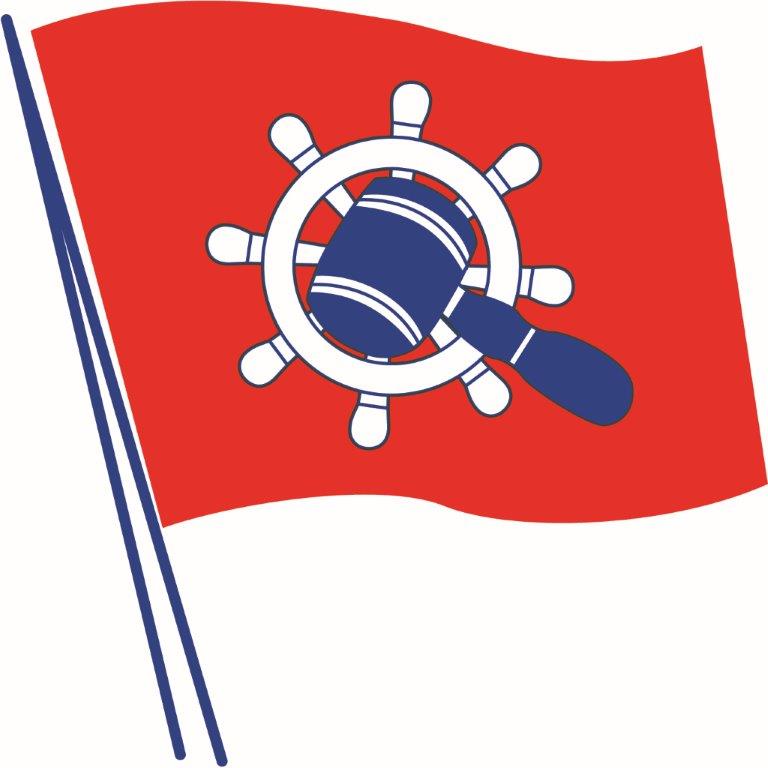 More than $90,000 in scholarships were presented to local high school seniors and members of Naples Yacht Club staff this year. In addition, a Florida state matched scholarship grant of $10,000 was awarded to First Generation Matching Grant Program students at Florida Gulf Coast University (FGCU). Since 1998, more than 500 local students have been awarded over $1.3 million in scholarships through this organization.

“If I had to think of the most valuable thing I could give to someone it would be an education,” said Past NYC Commodore Russell Overton. “This successful program has helped many of those in need to achieve a college or other higher education degree.”

Today, the Blue Gavel Scholarship Fund concentrates on educational programs and specifically the awarding of scholarships not only employees of the Naples Yacht Club and their children but also high school seniors in Collier County and students at FGCU.

“The Blue Gavel Scholarship fund has afforded me opportunities to further my education and better myself as a young professional in the hospitality field,” said Sally Schweitzer, Naples Yacht Club Catering Manager. “My education will continue to allow me to flourish throughout my career.”

Last year’s sold out Bingo event returns on Thursday, September 26, 2019 at Stonebridge Country Club to benefit the Parkinson Association of Southwest Florida.It is anticipated over 200 people will gather to play Bingo for designer handbags and baubles. The designer handbags include: Louis Vuitton, Versace, Kate Spade and Burberry. Tickets are $55 per person and include a buffet dinner and twelve rounds of bingo.

“We are beyond grateful to community for their support of this upcoming event which allows ups to continue to expand programs to meet the growing needs of our community,” said Linda Goldfield, Executive Director of the Parkinson Association of Southwest Florida.

Parkinson Disease is the fastest growing disease in our community. Aging and exposure to chemicals are the two highest risk factors for receiving a diagnosis of PD. In the next twenty years, PD will surpass Alzheimer’s Disease.

The Parkinson Association provides free services and programs that improve the quality of life for persons with Parkinson Disease and their care partners. This year we provided: 768 exercise classes, 300 support groups, 30 education programs, 216 speech/music therapy classes, 14 social activities and 12 improv classes. With there is no charge to participate in the programs and services, the Association absorbs the cost of close to $400 per household.

For more information, please go to the website at www.parkinsonassociationswfl.org

The Parkinson Association of Southwest Florida 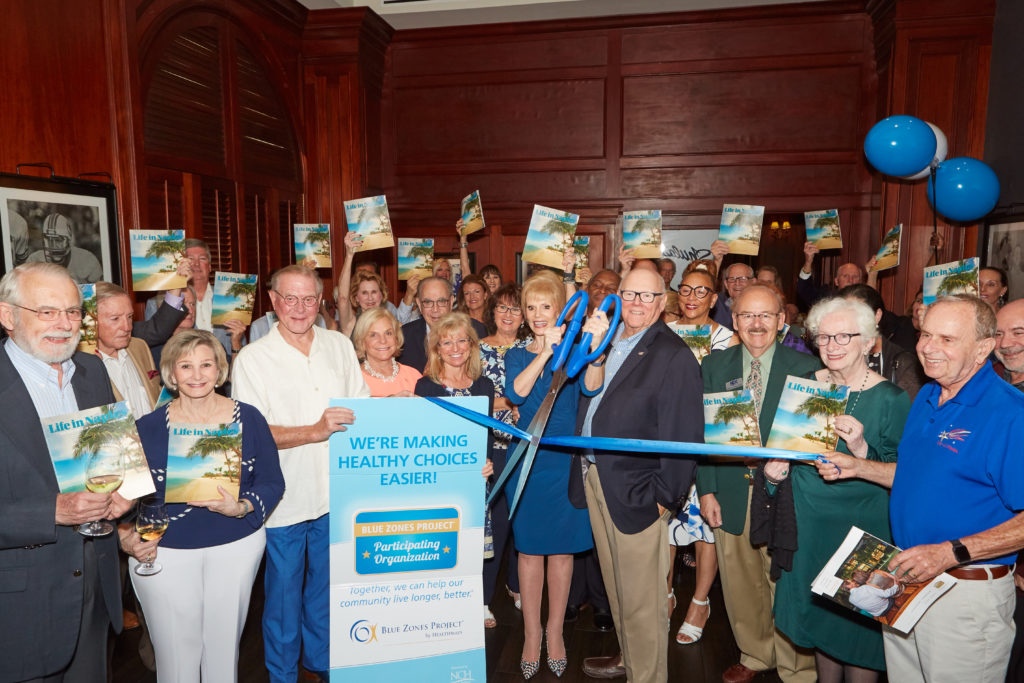 From Sardinia, Italy, to Okinawa, Japan, to Loma Linda, California, people are living vibrant, active lives well into their hundreds. Buettner calls these areas Blue Zones and they’re the inspiration behind his book, The Blue Zones: Lessons for Living Longer from the People Who’ve Lived the Longest. Buettner’s research, along with a global longevity study, have led to a program that helps us live longer, healthier, and happier lives.

Blue Zones Project is a community-wide well-being improvement initiative to help make healthy choices easier for everyone in Southwest Florida.

A vital part of Southwest Florida’s well-being improvement initiative, Blue Zones Project encourages changes to our community that lead to healthier options. When our entire community participates – from our work sites and schools to our restaurants and grocery stores – the small changes contribute to huge benefits for all of us: lowered healthcare costs, improved productivity, and ultimately, a higher quality of life. Many of us spend the majority of our day at work – so having healthy choices at our workplace is key. Blue Zones Project offers solutions for work sites to inspire employees to be happier and more productive at work and at home. A healthier employee costs less, too. When workers feel better and more connected to their colleagues, they miss less work, make greater contributions, and have lower healthcare costs.

There are steps all of us can take to improve our lives here are a few tips:

Move Naturally, increase your activity level each day, sit less and walk move. Make smarter food choices, balance and moderation, save your favorite treat for special occasions, not every day. Stop eating when you feel 80 % full, not when your stuffed or your plate is empty. Stay connected with people, friends, family or  join social groups participate in faith based services. Keep your days purposeful, have a reason to wake up, consider volunteering or learning about something new. Find what’s right with your day and life and focus on that. Make time for yourself, whatever regenerates your energy and brings you pleasure. Learn to enjoy quiet time to read or reflect. 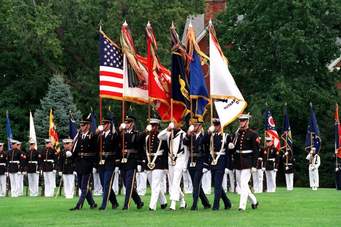 Memorial Day is an American holiday, observed on the last Monday of May, honoring the men and women who died while serving in the U.S. military. Memorial Day 2019 occurs on Monday, May 27.

Originally known as Decoration Day, it originated in the years following the Civil War and became an official federal holiday in 1971. Many Americans observe Memorial Day by visiting cemeteries or memorials, holding family gatherings and participating in parades. Unofficially, it marks the beginning of the summer season.

On May 5, 1868, General John A. Logan, leader of an organization for Northern Civil War veterans, called for a nationwide day of remembrance later that month. “The 30th of May, 1868, is designated for the purpose of strewing with flowers, or otherwise decorating the graves of comrades who died in defense of their country during the late rebellion, and whose bodies now lie in almost every city, village and hamlet churchyard in the land,” he proclaimed.

The date of Decoration Day, as he called it, was chosen because it wasn’t the anniversary of any particular battle. On the first Decoration Day, General James Garfield made a speech at Arlington National Cemetery, and 5,000 participants decorated the graves of the 20,000 Union and Confederate soldiers buried there.

Many Northern states held similar commemorative events and reprised the tradition in subsequent years; by 1890 each one had made Decoration Day an official state holiday. Southern states, on the other hand, continued to honor their dead on separate days until after World War I. Memorial Day, as Decoration Day gradually came to be known, originally honored only those lost while fighting in the Civil War. But during World War I the United States found itself embroiled in another major conflict, and the holiday evolved to commemorate American military personnel who died in all wars.

Cities and towns across the United States host Memorial Day parades each year, often incorporating military personnel and members of veterans’ organizations. Some of the largest parades take place in Chicago, New Yorkand Washington, D.C. On this day we honor those who gave the ultimate sacrifice for our Freedom in American. Never forget.

Jewelry lovers and designers are always on task to acquire the best of the best when it comes to gemstones. Beauty is paramount of course. But rarity is a legitimate big draw too. Thoughtful  collectors aren’t going so much for volume but rather for special pieces when building their jewelry wardrobe.

One of the most appealing stones we’ve examined in a long while is both beautiful and rare. It’s Larimar, and is what the gem trade refers to as a one-source gemstone. The species of this splendid stone is called pectolite. And it’s found around the globe. But a single variety of pectolite appears in this winsome sky blue. It is found in the Dominican Republic—and that’s it.

So, the stone has a single source of recovery and because of that is in limited supply. The natural opaque material also shows attractive round patterns which draws imaginative designers like Helen Serras-Herman to the stone. Her viewpoint is always to work with the natural growth patterns so they become organic to her finished piece. 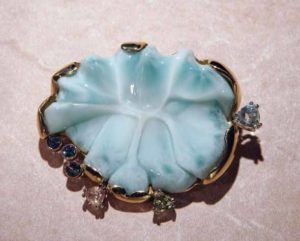 “While carving Larimar, my favorite pieces to start with are slabs that show the entire concentric growth pattern of Larimar.,” she explains. It’s the naturally occurring variations that Serras-Herman believes adds to its appeal. “The varying shades of blue and white within the material offer unlimited design options when setting them into jewelry.” To  complement this rare featured stone, she carefully selects transparent jewels that accent the piece and lend harmony to the entire work.

For artists like Serras-Herman, the finished work becomes an ensemble effort whereby the natural allure of the main stone informs the creative process. The original Larimar piece featured here is named Larimar  Beauty by the artist Serras-Herman, and is a combination pendant  brooch which offers more options for the wearer. Larimar hails from the Caribbean island of the Dominican Republic; and interestingly mirrors the clear fresh azure seas  surrounding the region.

It’s natural that the Naples woman is drawn to the diaphanous tones of Larimar. This rare stone finds its place in the special lifestyle that we celebrate so stunningly.